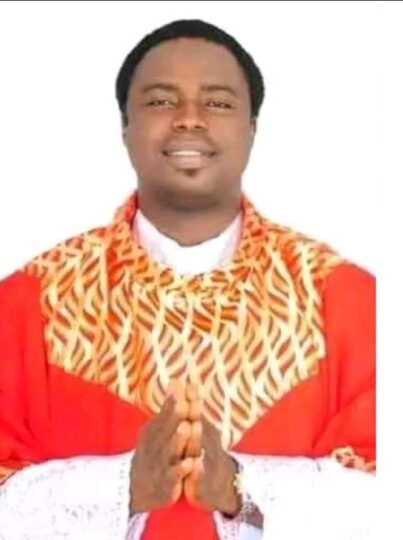 Gov David Umahi of Ebonyi has commiserated with the Abakaliki Catholic Diocese in the state on the loss of its Priest, Rev Fr. Raymond Eselu, who died in an auto crash.

Eselu died in an auto crash on Aug. 17 in front of the St. Theresa’s Catholic Church, Abakaliki after attending the burial of his colleague, Rev. Fr. Christopher Agwu.

Umahi, in a statement, issued to journalists on Friday in Abakaliki by his Special Assistant on Media and Strategy, Mr Chooks Okoh, described the cleric’s death as shocking.

“I commiserate with the Abakaliki Diocese and the Catholic faithful across the world, especially the Ezza-Ofu congregation over this irreplaceable loss,” he said.

The governor urged those affected by his death to take solace in the promises of God.

“We know that the Almighty, whom he served will reward him eternally in His bosom.

“We are consoled by his indelible ecclesiastical landmarks in service to God and humanity while he lived,” Umahi said.

Until his death, Eseluwas the parish priest of St. Patrick’s Catholic Church, Ezza Ofu in Ebonyi.