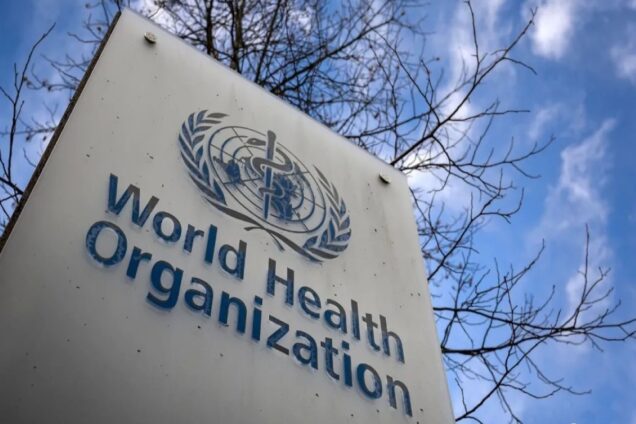 The World Health Organisation (WHO) has called for countries to improve access to two lifesaving Ebola medicines, in its first guidelines on the viral disease, published on Friday.

The recommendation follows a review and analysis of clinical trials for the monoclonal antibodies mAb114 (known as Ansuvimab or Ebanga) and REGN-EB3 (Inmazeb), which have demonstrated clear benefits for people who have tested positive for Ebola, which is often fatal.

This includes older persons, pregnant and breastfeeding women, children, and newborns whose mothers were confirmed to have Ebola within the first seven days after birth.

The clinical trials were conducted during Ebola outbreaks.

WHO said the largest trial was carried out in the Democratic Republic of the Congo, demonstrating that the highest level of scientific rigour can be applied even during Ebola outbreaks in difficult contexts.

The UN agency also provided recommendations regarding therapeutics that should not be used as treatments, which include ZMapp and remdesivir.

The new guidance, published simultaneously in English and French, will support healthcare providers caring for Ebola patients as well as policymakers involved in outbreak preparedness and response.

It complements clinical care guidance that outlines the optimised supportive care that Ebola patients should receive – from the relevant tests to administer, to managing pain, nutrition and co-infections, and other approaches that put patients on the best path to recovery.

“This therapeutic guide is a critical tool to fight Ebola,” Dr Richard Kojan, co-chair of the expert group selected by WHO to develop the guidelines, and President of ALIMA, The Alliance for International Medical Action, said.

“From now on, people infected with the Ebola virus will have a greater chance of recovering if they seek care as early as possible.

“As with other infectious diseases, timeliness is key, and people should not hesitate to consult health workers as quickly as possible to ensure they receive the best care possible.”

Fellow co-chair Dr Robert Fowler from the University of Toronto in Canada noted that Ebola used to be perceived as “a near certain killer,” but advances in care and therapeutics over the past decade have revolutionised treatment of the disease.

“Provision of best supportive medical care to patients, combined with monoclonal antibody treatment – MAb114 or REGN-EB3 – now leads to recovery for the vast majority of people,” he added.

As access to these treatments remains challenging, especially in poor areas, WHO said they should be available where they are most needed, namely in locations where active Ebola outbreaks are occurring, or where the threat of outbreak is high or very likely.

The UN agency stands ready to support countries, manufacturers and partners to improve access to the two medicines.

“We have seen incredible advances in both the quality and safety of clinical care during Ebola outbreaks,” Dr Janet Diaz, lead of the clinical management unit in WHO’s Health Emergencies programme, said.

“Doing the basics well, including early diagnosis, providing optimized supportive care with the evaluation of new therapeutics under clinical trials, has transformed what is possible during Ebola outbreaks.

“This is what has led to development of a new standard of care for patients. However, timely access to these lifesaving interventions has to be a priority.”