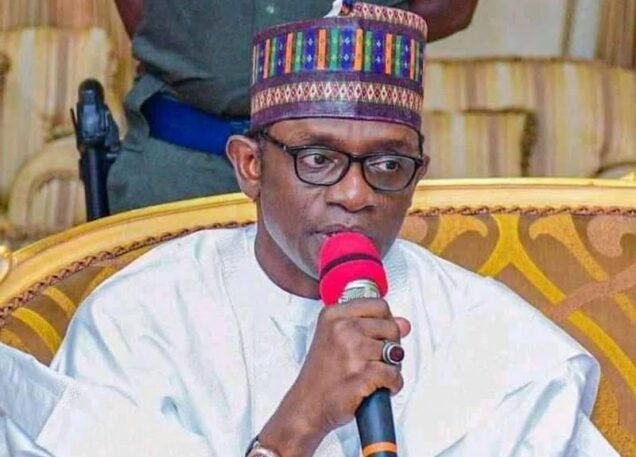 Governor Mai Mala Buni on Sunday expressed sadness over the murder of Sheikh Goni Aisami, an Islamic cleric based in Gashua, Bade Local Government Area of the state.

Aisami was allegedly shot dead by two soldiers on Friday in Jaji-Maji, Karasuwa Local Government Area of the state.

DSP Dungus Abdulkarim, Spokesman of the Police Command in the state, said the soldiers, who attempted to steal the deceased’s car, were arrested and would be prosecuted.

In a statement issued by his Director-General Press and Media Affairs, Alhaji Mamman Mohammed, the governor described the circumstances surrounding the murder as sad, regrettable, and most unfortunate.

“The alleged circumstances surrounding the death are most unfortunate and will be investigated thoroughly. The government will ensure that every detail is investigated and anyone found wanting, will face the full wrath of the law.

“The state government will work closely with the security agencies to unravel every detail to ensure justice is done,” he said.

The governor condoled with the family of the deceased, the people of Bade local government area and the entire state over the death of Aisami.

Buni called on them to remain calm and law-abiding as the investigation was ongoing and would be pursued to its logical conclusion.

He prayed to Allah for the repose of the soul of the deceased and to give his immediate family and the entire people of the state, the fortitude to bear the loss.