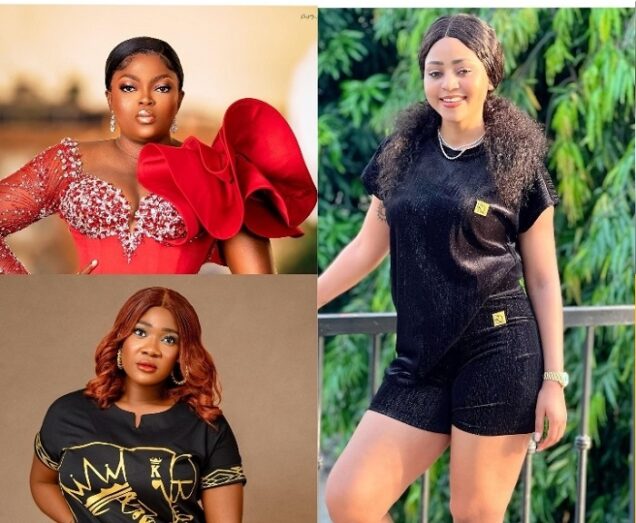 Launched on the 6th of October 2010, Instagram has over the years transformed into a massive, hugely popular social media platform with around 1 billion monthly active users

The American photo and video sharing social networking service owned by Facebook is one social media platform where most celebrities feed their fans and followers real-time information and gists about their lives.

Many Nigerian celebrities, especially, practitioners in Nigerian movie industry, popularly called Nollywood, have also embraced the platform to sell their brand. Indeed, deciding how famous, influential or perhaps successful you are as an entertainer or show biz personality, your social media space engagement and most importantly, followership on platforms like Instagram are very important metrics.

Celebrities with large followership base have effortlessly been smiling to the bank as their fanbase invariably dictates how big their brand is and how much they rake in as endorsement deals or brand influencers while still using the platform to promote their crafts.

Below are five Nollywood stars with the highest Instagram followers in 2022.

One of Nollywood’s finest and most versatile actors and producers, Funke Akindele with 15.5 million followers remains one of the titans of the Nigerian entertainment industry. Best known for her role as “Jenifa” in “Jenifa Diaries”, Akindele first starred in the sitcom ‘I Need to Know’ which was aired from 1998 to 2002. In 2009, she won the Africa Movie Academy Award for Best Actress in a Leading Role and in 2016, she was named Best Actress in a Comedy at the 2016 Africa Magic Viewers Choice Awards for her character in Jenifa’s Diary. Her continuous rise on Instagram can be connected to her die-hard fans who are loyal to her craft. She recently emerged as the Lagos State deputy governorship candidate of the Peoples Democratic Party (PDP).

One of Nollywood’s most sought-after actresses, Mercy Johnson since joining Instagram, has gained a steady increase in her fan base and has to her credit 13 million followers. Mercy after secondary school auditioned for a role in ‘The Maid’ and that ushered her into acting where she got featured in other movies like ‘Hustlers’, ‘Baby Oku in America’, ‘War in the Palace’, etc. Johnson in 2009, won an award for Best Supporting Actress at the 2009 African Movie Award ceremony for her performance in the movie “Live to Remember”, and Best Actress award at the 2013 Africa Magic Viewers Choice Awards for her role in the comedy movie ‘Dumebi the Dirty Girl’. In December 2011, she was listed as Google’s most searched Nigerian celebrity, a position she also held in 2012. In 2017, Mercy Johnson got appointed as the senior special assistant (SSA) to the Kogi state governor on entertainment, arts and culture.

Delectable Nollywood screen diva, Ini Edo has to her gain 12.7 million followers on Instagram. The 38-year-old actress began her career in 2000 and has featured in more than 100 movies since her debut. She was a judge for the 2013 Miss Black Africa UK Pageant and was appointed in 2014 by the United Nations as a united Nations Habitat Youth Envoy. As a fashionista, Ini’s fashion statement and beautiful lifestyle is a major attraction on her page.

Regina Daniels, also with 12.3 million Instagram followers is controversial Nollywood star child actor, Regina Daniels. The mum of two started movie making at the age of seven and shot her first movie ‘Marriage of Sorrow’ which earned her N10,000. In January 2019 Daniels was appointed Atiku Abubakar’s Youth Campaign Coordinator. Daniels soon became a sensation and Instagram celebrity when she sparked a lot of conversations as it concerned her marriage to billionaire husband, Prince Ned Nwoko. Daniels’ Instagram page is known for showcasing her wealth, affluence and until recently, her family.

Award-winning Nollywood actress, filmmaker and fashion entrepreneur, Mercy Aigbe is an Instagram sensation with 11 million followers. The fashion enthusiast is known for serenading her followers with amazing fashion hacks and style inspirations. Aigbe bagged a degree in Theatre Arts from the University of Lagos in 2001 and joined the Nollywood industry fully in 2006. In 2016, she founded “Mercy Aigbe Gentry School of Drama”.