Netherlands send Falconets out of Women's Under-20 World Cup 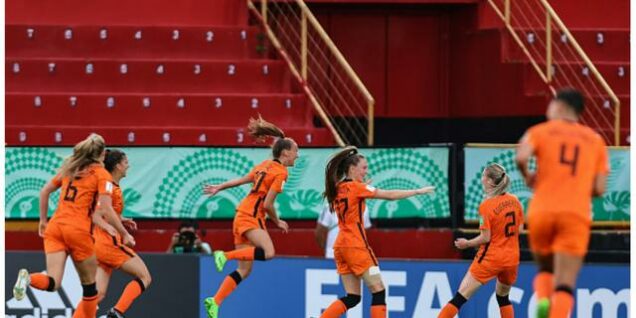 The Netherlands have sent the Falconets of Nigeria out of the Women’s Under-20 World Cup in Costa Rica.

The European side beat the Nigerian side 2-0 in the quarter-finals of the tournament to progress to the semi-finals.

The Falconets gave a good account of themselves, but they could not break the resilient defence of the Netherlands.

Zera Hilswit gave the Dutch an early lead, scoring in the 11th minute of the first half.

Ziva Henry doubled the Dutch’s lead against the Falconets on 33 minutes, with the second half producing no goal.

The defeat was an unfortunately one that marked the end of the road for Danjuma’s side journey at the Under-20 Women’s World Cup in Costa Rica.

The Nigerian side had won their three group matches, garnering nine points to top Group C. They beat France 1-0, South Korea, 1-0 and Canada 3-1.