Soludo bans movement of cattle on foot in Anambra 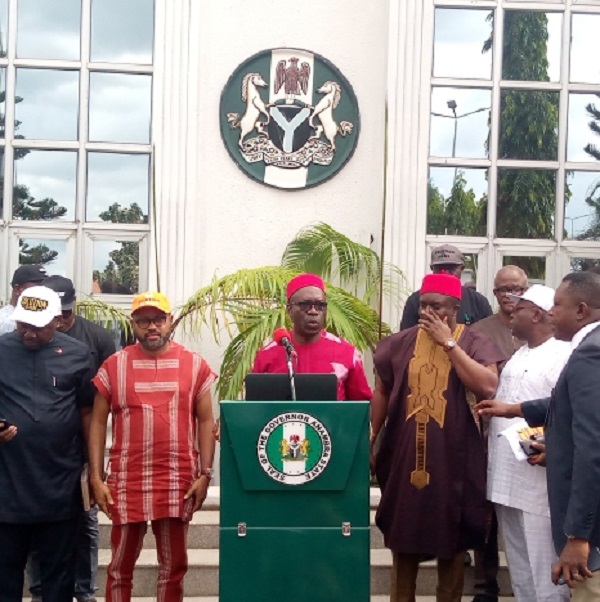 Anambra Governor, Prof. Chukwuma Soludo has banned the movement of cattle on foot in every part of the state.

Soludo gave the directive at the weekend when he met with members of Anambra State Cattle Menace Committee at the Government House, Awka.

The governor said the ban was in compliance with the 2021 anti-open grazing law of the state while adding that enforcement would begin from September.

“Now that we have a law banning open grazing, the law enforcement agents have been directed to implement it.

“Though the law has been in existence since almost one year ago, cattle rearers keep parading certain areas in the State in contravention to the law,” Soludo said.

Former governor of the State, Willie Obiano had assented to the Cattle and Other Livestock Open Grazing Prohibition and Ranches Establishment Bill of Anambra State in 2021, but failed to enforce the ban.

Soludo, while speaking at the meeting, said that his administration would ensure the implementation of the law by September.

He applauded members of the Anambra State Cattle Menace Committee for their devotion to duty, saying that Anambra people have largely lived in harmony with herdsmen, but the herdsmen must conduct their businesses within the ambit of extant laws.