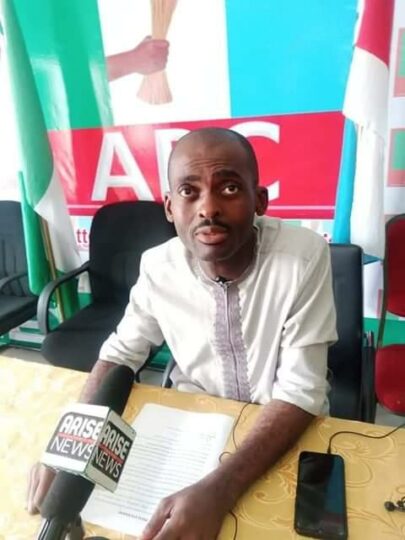 The All Progressives Congress (APC) in Rivers State has vowed to take advantage of the ongoing confusion among members of Peoples Democratic Party, PDP in the state to take over power in 2023.

Acting Publicity Secretary of Rivers APC, Darlington Nwauju said this in a statement on Sunday.

He attributed the crises in the Rivers PDP to the failure of Governor Nyesom Wike to run an accountable and transparent government in the past seven years.

Nwauju said has caused huge frustration and hunger for change in the state and thus makes it easier for the APC to take over the Brick House in 2023.

He therefore appealed to the members of APC to remain calm and avoid provocation by those who now see defeat starring them in the face.

“It has become very visible even to the non-partisan public that the current government in the state is daily losing control,” Nwauju said while emphasizing that with the introduction of the BIVAS technology by INEC and the assurances from the electoral umpire that the era of cutting corners and gaining undue advantages through the use of incidence forms during elections is over, every vote will count.

“Members of the party and voters in Rivers State are therefore encouraged to guard their PVCs jealously, refrain from unnecessary clashes with obvious losers and follow party directives and advice as 2023 rushes on us.

“Practically speaking, the APC in Rivers State is the only political party in the state with an organic structure of 25 persons in each of the 6,866 polling units across the 319 wards in Rivers State”.

On the mass resignations of prominent members of the party, Nwauju said that, “In the coming weeks and months, Rivers people shall understand the reason why we believe those who left the APC recently committed political harakiri by not prognosticating correctly on the age-long political behaviour of Rivers people when it comes to transitions.

Referring to fight between Atiku Abubakar and Governor Nyesom Wike supporters, APC said the rumblings in the camp of our neighbours (PDP) will certainly lead to an internal immolation whose implication can only be understood after elections have been lost and won.

The party said “Over seven years, they have done everything to cause crisis in the APC, but members of our great party are advised to now avoid trouble and watch the Lord fight our battle as the ruling party is now eating the very poisoned food they cooked for others.

“We assure our teeming supporters that our party remains in good hands under the leadership of our State Chairman, High Chief Emeka Beke, and we shall do all within our powers to lead an issue-based campaign that shall end the impunity and brigandage currently going on in Rivers State.

He assured that an APC government under Pastor (Arch) Tonye Cole will open up the state’s economy to Foreign Direct Investment (FDI), vigorously fight unemployment by stimulating youth empowerment through entrepreneurship and building skill-sets relevant in today’s labour market.

“Education, health, science & technology, agriculture shall not be left out. The Rivers State Sustainable Development Agency (RSSDA) that drove human and agro-allied development of the state and other moribund agencies shall be oxygenated to work for Rivers people after May 29, 2023.

“The party advised party members their duty is to remain calm, clutch your PVC, remain loyal and attentive, and wait for that day,” he said.