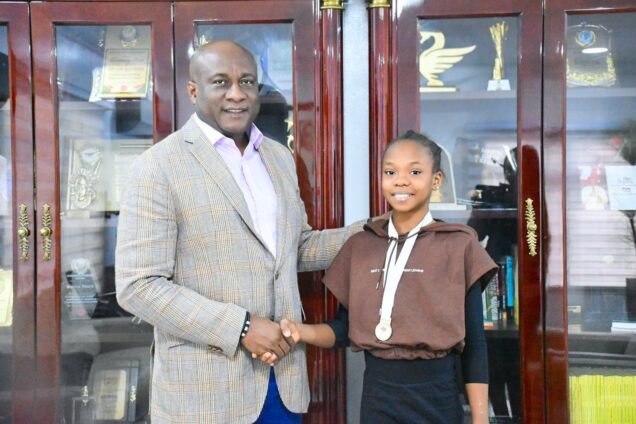 Air Peace, a private Nigerian airline, on Monday said it has handed some rewards to Nigeria’s gymnastics sensation, Stephanie Onusiriuka.

The airline said on its Twitter handle @flyairpeace that Onusiriuka received the sum of one million Naira from its Chairman, Allen Onyeama.

It added that this reward was for her performance at the recent African Club Gymnastics Championship in Pretoria, South Africa.

The airline said further that the 11-year-old also earned free flight tickets to all Air Peace destinations for training and competitions.

“Congratulations to Stephanie Onusiriuka, an 11-year-old Nigerian who recently won a gold medal at the Junior Olympics Level of the African Club Championship in Pretoria.”

It added: “Supporting young talent, especially in sports, is part of our Corporate Social Responsibility orientation”.

Onusiriuka, alongside eight other gymnasts from the Abuja-based Tony International Gymnastics Club, was featured at the Aug. 12 to Aug. 13 event in Pretoria.