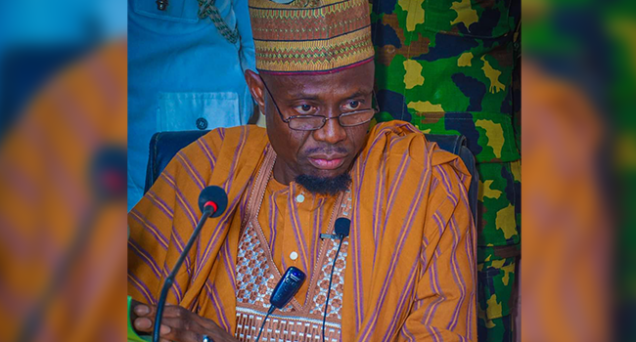 The Muslim Rights Concern (MURIC) has called for the prosecution of the suspected killers of Shaykh Goni Aisami, a Yobe-based Islamic cleric who was allegedly shot by two soldiers.

This is contained in a statement issued by Prof. Ishaq Akintola, Director, MURIC.

The statement read in part; “The most popular Islamic scholar in Gashua, Yobe, Shaykh Goni Aisami was killed on Friday, Aug. 19, by a soldier who claimed to be on duty and begged for a lift from Nguru to Jajimaji town. On their way, the soldier ordered him to stop the car, shot him three times, and dumped his body.

“The soldier called an accomplice who is another soldier for assistance because the car failed to start. But all efforts to restart the car failed until local residents saw the Shaykh’s body and noticed them fiddling with the car. They notified the police immediately.

“While we commend the Yobe Police Command for arresting the suspects, we call for swift justice in this matter. The killing is brutal, callous, and cold-blooded. The suspects must be arraigned in a court of competent jurisdiction as soon as the police complete their investigations. We warn against any hanky-panky.

“These two soldiers are a disgrace to the Nigerian Army. They are the bad eggs. While our gallant soldiers have been having sleepless nights so that Nigerians can sleep with their two eyes closed, criminal elements among them have been robbing and killing innocent people,” he said.

“These two soldiers, Lance Corporal John Gabriel and Lance Corporal Adamu Gideon of 241 Recce Battalion Nguru who have confessed to their crimes, are bad examples and the law must take its due course.

“MURIC calls for a full investigation into the crime. There may be other accomplices apart from the soldier who came to assist him. We are interested in knowing how a soldier who is not on duty traveled from Nguru to Jajimaji with a rifle.

“Who gave him a ‘pass’ or was he on AWOL (Absence Without Official Leave)? Who released a rifle to him and for what purpose? We may be dealing with a criminal syndicate within the army barracks in Nguru or beyond. This case has offered more questions than answers, and Nigerians are waiting for responses, particularly from the Nigerian Army.”