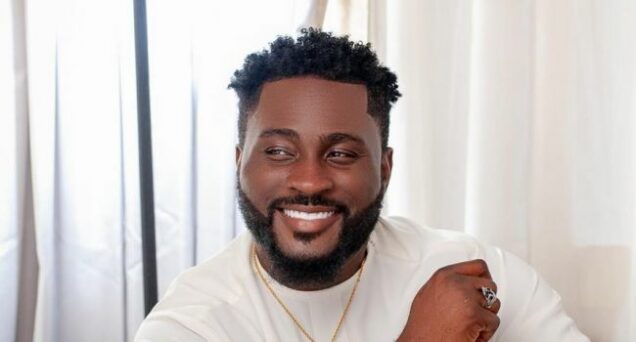 Pere Egbi, Big Brother Naija Shine Ya Eye’s second runner-up has taken to social media to officially name his favourite housemate in the Level Up season.

He added that Bryann’s talent and ingenuity are his reasons for support him.

Pere also hinted that the Bryann reminds him of his younger self while he was in his 20s.

“Officially team Bryann. And there’s three other housemates on my list. Bryann reminds me so much of myself in my 20’s. He’s such a bunch of Talent. Luv you dude,” he tweeted. 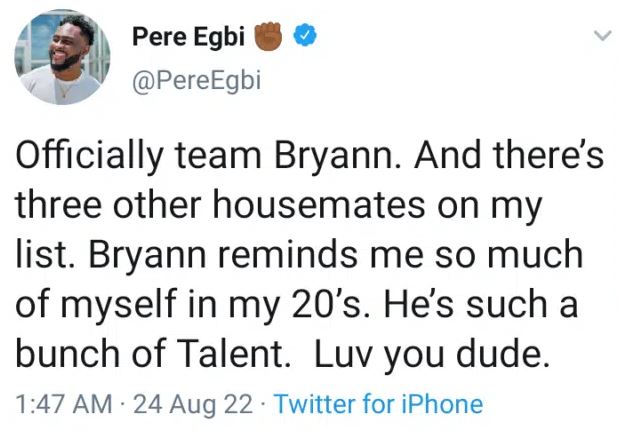