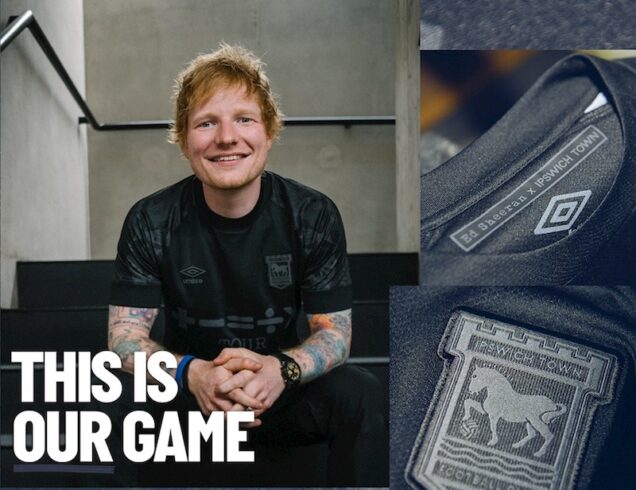 Singer Ed Sheeran has collaborated with League One club Ipswich Town on the design for their new “blackout” third kit.

The kit, released on Tuesday, incorporates tonal versions of the graphic found on the cover of Sheeran’s album “Equals”, which was released last year.

“I got asked to help design the third kit for Ipswich,” said Sheeran, whose world concert tour has been advertised on the club’s shirt which Sheeran has sponsored since last season.

“I wanted to make something with a subtle homage to the album but also be a cool bit of clothing people around the world would want to wear. I love it.”

Sheeran, 31, grew up in Suffolk and is a long-time supporter of Ipswich.

Ipswich fans were quick to give their seal of approval to the new shirt, with the club’s online store witnessing heavy traffic and long waits to place an order.