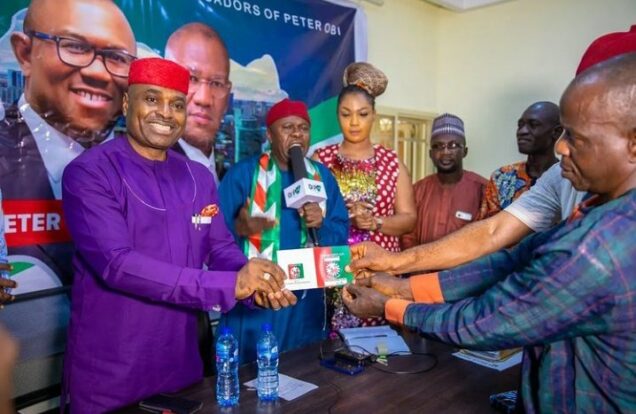 Okonkwo had on July 11, announced his resignation from the All Progressive Congress (APC), in a statement shared on his social media handle.

Sharing pictures of himself with the party leaders on Wednesday, Okonkwo declared his allegiance to the Labour Party (LP).

He wrote “It was an honour and a privilege to be welcomed into the Labour Party (LP) on the 23rd of August, 2022, at the supreme God house, Apo, Abuja, by the entire executive of the Federal Capital Territory (FCT) Labour Party (LP), led by its chairman, Comrade Peter Diugwu.

“I feel loved and cherished by the visit of these distinguished officials of this people-centric party to our chambers, which culminated in my officially joining the Labour Party (LP) as a member.

“This will enable me to play my part in ensuring that His Excellency, Peter Obi, emerges as the president of the federal republic of Nigeria in 2023.

“His Excellency, Peter Obi, is obviously the man we need at this present time.

“I enjoin all citizens of Nigeria to join this movement for the actualisation of Peter Obi’s mandate in 2023,” he added.