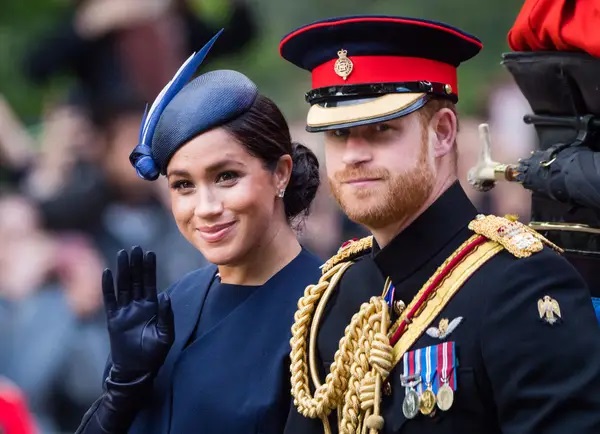 Meghan Markle today took a veiled swipe at the Royal Family as she revealed how her life changed when she joined Spotify.

Meghan, in her long-awaited podcast after signing an £18m deal with Spotify, claimed she had “felt the negativity” of being labeled “ambitious”.

According to TheSUN UK, Meghan Markle hinted joining the Royal Family made her feel bad for being ambitious.

In the podcast, Meghan spoke with long-term pal Serena Williams about “the double standard women face”.

She said: “So, I don’t remember ever personally feeling the negative connotation behind the word ambitious until I started dating my now husband.

“And um, apparently ambition is, uh… a terrible, terrible thing, for a woman that is – according to some.

“So, since I’ve felt the negativity behind it, it’s really hard to un-feel it.

“I can’t unsee it, either, in the millions of girls and women who make themselves smaller – so much smaller – on a regular basis.”

Meghan and her husband Harry split from the Royal Family and moved to America in 2020.

The podcast released on Tuesday comes almost two years after the couple signed up for the podcast project with audio giant Spotify.