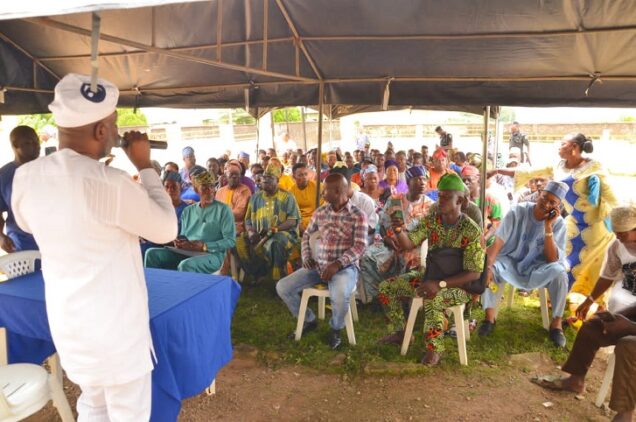 A chieftain of All Progressives Congress, APC in Ogun, Otunba Rotimi Paseda has vowed to stop the re-election of Governor Dapo Abiodun for a second term.

The APC chieftain who described Abiodun’s administration as “erroneous” spoke while addressing his political loyalists under the aegis of “Paseda Movement” in his Omu-Ijebu country home.

Leaders and members of the various Paseda groups across the 20 local government areas in the state had pleaded with the former Unity Party Of Nigeria (UPN) and Social Democratic Party (SDP) governorship Candidate to lead them to another party.

The supporters asked Paseda to also abandon APC and lead them to any opposition party of his choice, saying they can no longer endure the pains of Dapo Abidoun’s led APC administration.

Speaking on behalf of the groups, Prince Adedoyin Mayowa said, “We are tired of this hardship ridicule this present administration has put us through, therefore we want to plead you to lead us to a political party of your choice where we will cast our vote and hardship will be a thing of the past”

In reaction, Paseda hinted that he has embarked on consultation on dumping APC, because his expectations have not been met by the Dapo Abiodun government.