You are living in the archaic past: ASUU slammed by Professor Sa'ad 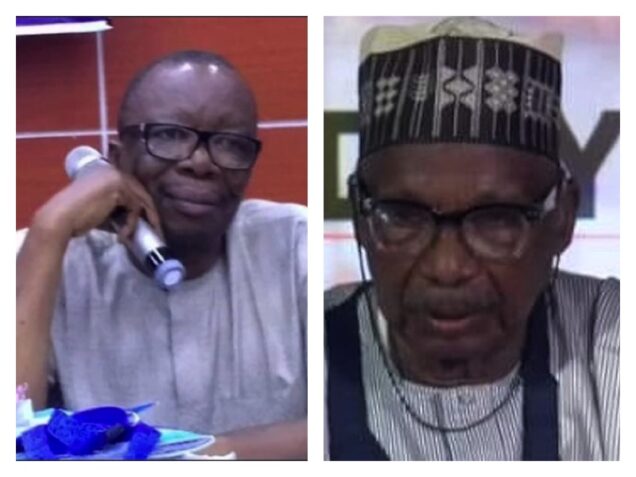 The Academic Staff Union of Universities (ASUU) is living in the past, Professor Tukur Sa’ad, a former vice chancellor of Federal University of Technology, Minna has said.

He spoke at a forum recently where he lashed ASUU to wake up to present day realities.

“ASUU lives in the 1960s 1970s and early 1980s”, Sa’ad, who is a retired professor of architecture at Ahmadu Bello University said.

“The World has moved leaving us behind. We are losing our best Staff and students to the globalised world at an unprecedented rate. Not because of the poor state of the economy but because of our archaic mode of thinking and operating.

“When we face government, which we shouldn’t because they are not our employers, we fall in their trap, we end up relatively worse off than we started”, he said.

Read his full view on the ASUU strike and what should be done to revive Nigeria’s universities:

Universities should not be privatised. We have seen what privatisation means in Nigeria and we also see how the existing private universities are mostly dependent on Government universities to run. We have lecturers on sabbatical, adjunct, part time, leave of absence, visiting or what ever ASUU decides to name the engagement.

I am.just saying given the current situation, parents and students should contribute to education in one way or the other.

In the 1970s when we were in ABU Zaria, we were either on scholarship from our state governments in my case N/E or parents paid in the absence of sponsorship. Admission was based strictly on merit, not the ability to pay. Those students who genuinely could not afford were termed indigent students.

List of such students were forwarded to Federal Government for sponsorship. It was however, a stigma. Few students would like to be on that list. So University education was not free as such.

When I was in secondary school at Government College Kaduna, fees were charged based on perceived income of your father. The highest was £36 per annum. The lowest was £3 per year. Three pounds was the price of two sacks of groundnuts at the harvest time. £33 pounds was the cost of 2 fully matured bulls if you were a cattle owner. Salary earners’ income was visible, so the charges were easy. Our parents paid according to their abilities. We valued the education we obtained at all levels.

The person who claimed that education in Europe is free should contend with Brexit. Britain always charged foreigners while citizens enjoyed the fruit of their parents taxes. Some of the Scandinavian countries that are reputed to have freest education like Finland also have the highest taxes in the World. Various taxes may amount to 60% of your income if you fall in certain income category. So it is not free per se. Someone is paying for it. Who pays tax in Nigeria? Mostly people in the services and the formal sector. But our informal sector is perhaps larger than the formal sector. It is not taxed. In the pre-oil boom era we even had poll taxes that the British borrowed from the pre-colonial era. These are no more. How can anybody run a country based on allocations from one source, the Federation Account?

If you believe students shouldn’t contribute to education, I will give you examples from my little experience as a vice chancellor in one of our Federal Universities 2002 to 2007.

I took over a University where 15 000 students were cramped in a TTC compound meant for 2,500 students. Meanwhile, there was an ongoing permanent site, 12 kilometres away but abandoned over the years because of lack of funds from the owner.

In addition to that there were backlogs of arrears promised to Unions by Government and a monthly shortfall of salaries of between N5m and N8m. With these problems, the University was always in crisis either from staff or students.

Where could I get funds to complete the permanent site and move out, balance my monthly salaries, pay arrears promised unions and run my laboratories and lectures?

President Obasanjo gave me a letter saying I was in-charge and he sent envelopes to NUC to distribute as it pleased. But we also had University laws and statutes of dos and don’ts.

The students were paying N15k per annum to the university as charges including N90 per annum for hostel which they leased to fellow students at N15k. I decided to hike the various charges. My leap was to charge N50k for regular students and N60k for Remedial students with additional N20k for absorption of those who passed the remediation.

Most students claimed they were from poor families and could not afford, but I had my data based on the schools they attended. This was a University of Technology, so computers were in vogue. Many of them came from fee paying Secondary schools like El Amin, New Horizon Hikma, to cite those around Minna. The fees there started from N500k and ran to over N1m on the higher level. They even played polo in their schools.

To cut the story short, every student found a way of paying the charges. Niger State offered to pay for its students, I refused to accept the offer. I asked the Governor to give scholarship to his students. I would take my money direct from them. No body would step on the campus without clearance from our various banks. It worked. Niger State paid only once and never again. The governor who was a student when I was a lecturer I in the same University in adjoining faculties thought he could trick me and wasted my Bursar’s time chasing his Commissioner of Finance, like a contractor.

The students paid us and we had money to run the place. Over the years we completed our buildings and started new ones. Departments were getting enough money to run their services. The most highly subscribed Department was Computer Electronic Department. In addition to the allocation in their budget, they received N800k per quarter from charges and N250k from DTLC. In short they had over N1.5m quarterly to run their services. There was prosperity not because of government but inspite of government. It is just a coincidence that Asiwaju Tinubu was battling with Obasanjo over local government allocations at the same time as I was battling with NUC discriminatory distribution of resources to Universities. Both of us looked inwards and found viable solutions.

Can you imagine my shock when I returned to ABU, my base to find my Department with over 600 students was receiving N50K per quarter by one joker, calling himself a Vice-Chancellor?

The most surprising aspect of the maladministration was that most of the ASUU officials were made Directors, Deputy Directors or Heads of some units. To me, this is corruption and conflict of interest.

The VC would use the DTLC negotiated by ASUU for his estacode trips and give Departments N50K each per quarter to run their services. ASUU will never kick against the malpractice. Some of the leaders enjoy these estacode trips. The VCs will sit back and push ASUU to trouble government. How can ASUU be the one to determine whether we should be on IPPIS or not ? What are the VCs supposed to do?

Coming back to Minna. For the 5 years I served I never had serious problems with either the students or unions. In fact ASUU was so cooperative that we often asked for exemption because prior to my arrival the University had lost cumulatively almost two years as a result of students’ Union crises and staff strikes.

Funds are the magic wand that drives the University system. As recent as two years, one of the former Presidents on the Hill at Minna asked me. ” I have been wondering, what was your secret for running FUT, especially completing those abandoned projects and getting some peace on the campus? I personally allocated so much funds to them but they managed to put up uncompleted projects.” I told him the secret is still getting money and managing it. I never signed a cheque, I distributed the money. Any HOD could spend N100k without going to the Dean and the Dean could spend N250k without coming to me. There was no body waiting at the VC’s office for approvals. When I asked for such approval limits, the Council just said I was a joker. You can hardly pay salaries and you are asking HODs to spend N100k?. I told them the money will come. So they laughingly approved the limits. And I never ran into trouble with any HOD over pilferage. Let the work be done. The auditor and the Bursar should worry about money. I concentrated on my work of academic leadership and project implementation. The latter because that was the challenge that attracted me to Minna as an architect.

It was a great challenge to take over abandoned sites and source money from students and complete the site. There was capital budget but it was arbitrary. N200m for third generation, N300m for second generation and N400m for first generation Universities. We were the third generation that needed to grow but we got the least. When the budget came out, we had projects that needed N200m to accomplish, but was allocated N40m in the budget. If you can hold inflation at stand still, and managed fluctuations and variations, you would still need 5 years to complete it.
In that case I would ask Council to put up N160m from our collections to enable me complete the project in my lifetime as a VC whose life expectancy is sealed at 5 years.

When ASUU insists that no contribution should come from parents and students to run a University, let them visit our permanent site at FUTMIN. We even had a dedicated power line from the Shiroro substation, 8 kilometres away at the cost of N50m completed that time.

Students were willing and parents appreciated your efforts if you use their resources judiciously. I never had problems increasing my charges at the CBN inflation rate every year. Because we discussed it with the students and outlined what we intended to do the following year. Not with the staff who are consumers. The students are the producers, so take them into confidence. Money will flow in. All this posturing and open close syndrome will take us nowhere.

With all these by 2007 when I left the Universities I left N1.27billion in the kitty for the incoming VC to continue with what we started. The surprising thing was that someone advised the VC that he was taking over from a popular VC. If he removed some of the charges, he would be more popular. So he announced such a measure. However after clapping for him the students told him to ensure that he worked like his predecessor. He didn’t realise that it was the very charges that I introduced that made them proud of their university which made me popular at the end.

Why can’t each Council run its University as the law stipulates? Why should GOVERNMENT be directly involved ? If UNILAG which can hide N10 billion from my Special Presidential Visitation Panel decides to be paying its Professors of Computer Engineering and Plastic Surgery N5m per month, why should ASUU insist they should take N500k because that is what an Architecture professor like me was taking? We live in a capitalist economy. Let market forces operate. ASUU lives in the 1960s 1970s and early 1980s.

The World has moved leaving us behind. We are losing our best Staff and students to the globalised world at an unprecedented rate. Not because of the poor state of the economy but because of our archaic mode of thinking and operating. When we face government, which we shouldn’t because they are not our employers, we fall in their trap, we end up relatively worse off than we started.

Thank you for challenging me and forcing me to open up.