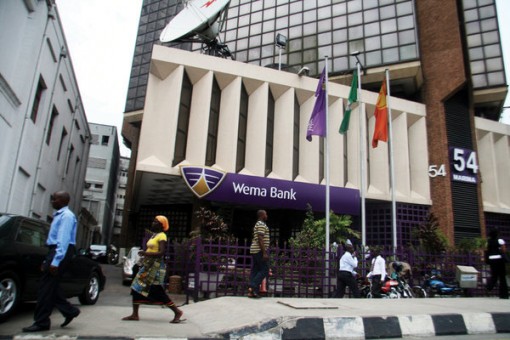 Wema Bank recently rewarded 77 customers at the live draw of its ongoing ALAT 545 promo, which took place in Abuja on August 12, 2022.

The promo tagged 5For5 is a reward scheme that seeks to appreciate its teeming (new and existing) customers for banking with them.

The just concluded draw that was held in Abuja produced seventy-seven (77) winners who went home with different cash rewards.

One of the lucky winners of the N1,000,000 prize, Mr. Seyi Victor, said, “This is indeed surprising, and I am thankful to Wema Bank for this kind gesture.”

He further expressed gratitude and amazement at his luck by saying he is grateful to God because he did not expect to win such an amount of money and was only fortunate enough to have been picked among the lucky winners.

Speaking at the draw, Retail Divisional Head, Wema Bank, Dotun Ifebogun, said that the promo is open to new and existing customers.

“All they need to do to win is fund their accounts with at least N5,000 and carry out a minimum of 5 transactions on either ALAT, USSD or with their cards, monthly and maintain a minimum account balance of N5,000 at the end of the month,” Dotun said.

According to him, “the 5For5 promo is another way the bank is putting smiles on the faces of its customers and changing their lives for good.”

The next draw will take place in September 2022, and the bank will inform customers of the next location of the moving train.

Wema Bank has a commendable tradition of delighting its customers and going the extra mile to give them the best, and this is just one of our many ways of doing so.