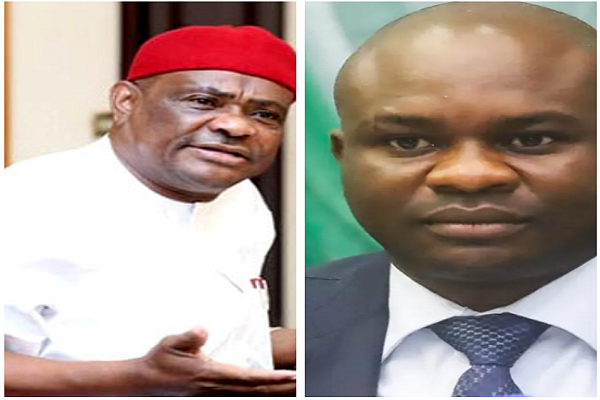 A Rivers state member of the House of Representatives Farah Dagogo, has announced plan to organise a 10 million- man march in support of the presidential candidate of Peoples Peoples Democratic Party, PDP, Atiku Abubakar and his running mate, Ifeanyi Okowa across the states of the Niger Delta

According to the lawmaker who have been having a running battle with his state governor, Nyesom Wike, the 10 million man – march will show unflinching support of the people of Rivers in particular and Niger Delta in general for Atiku and Okowa ahead of the 2023 presidential election.

Wike, who had not given his commitment to back the Atiku/Okowa ticket had said he is in charge of the over three million votes in Rivers and will influence who the people of the state will vote for as president in 2023.

“Let no one be deceived, conducting elections in Nigeria has metamorphosed, the voting power is with the people. No one can order anyone around, on who to vote or not, no matter how highly placed, because the people are the deciders with their PVCs and votes,” Dagogo said in obvious response to the assertion by Wike in a statement by
signed by Ibrahim Lawal, his Special Adviser on Media & Publicity.

He assured that “a 10-million-man-march for Atiku and his Vice Presidential Candidate Okowa is already at an advanced stage and will be held in the coming days across the Niger Delta states to further galvanise the people and prove to naysayers that the region is for PDP.”

He dismissed fears of protest votes from the region against the party as a result of the outcome of the PDP presidential primaries lost by Wike to Atiku.

The lawmaker said such panic is far-fetched as the Niger Delta has been a traditional stronghold of the PDP from 1999 till date and 2023 will not be an exception.

He said the people of the Niger Delta remembered and hold the PDP in awe as the only party that ensured the region produced the President of the country through Goodluck Jonathan.

“PDP has been true and fair to our people. It was by the means of this party that we clinched the President seat in this country through our son, Dr. Goodluck Jonathan, among several other benefits.

” We are at an advanced stage in plans for a ten million man march for Atiku and Okowa across the States of the Niger Delta, particularly Rivers State. We have spoken with the people, those that will vote, the real voters with PVCs not political sycophants, and we have been able to galvanise a lot of them. In the coming days we will take over the streets of the Niger Delta states and publicly demonstrate that support. That will also prove to the naysayers that the region is for PDP.

” Atiku will win and it is in the interest of those who do not want to be left behind to board or be cast in the dustbin of political history,” he added.