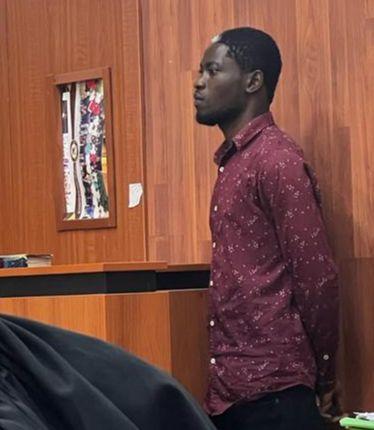 The Economic and Financial Crimes Commission, EFCC, has secured the conviction and sentencing of one Abu Solomon and Nureni Olalekan for engaging in romance scam using the internet.

They were arraigned today on separate charges before Justice O.A. Fadipe of the Special Offence Court sitting in Ikeja, Lagos.

The charge against Solomon reads: “That you, Abu Solomon, on or about the 8th March, 2021 in Lagos, within the Judicial Division of this Honourable Court, with intent to defraud, had in your possession documents titled: “Google Account Personal info” registered in the name of Addams Ava (female) and other related documents for Romance Scam printed from your email [email protected] ,which you knew to be false and committed an offence contrary to Section 320 of the Criminal Law of Lagos State 2015.”

The charge against Nureni reads: “ That you, Nureni Olalekan Oladosu, a.k.a. James Marcello, between 2019 and 2021 in Lagos , within the jurisdiction of this Honorable Court, retained an aggregate of $1,600.00 (One-Thousand Six Hundred United States of America Dollars)from unsuspecting female users of the internet by means of fraudulent trick to wit: that you a white man known as James Marcello and that you were in love with the said women and committed an offence contrary to Section 323 of the Criminal Law of Lagos State, 2015.”

Solomon and Olalekan each pleaded “guilty” to the offence.

In view of their pleas, prosecution counsel, I.G. Akhanolu and M.S. Owede, respectively reviewed the facts of the cases before the court, while praying that the convicts be sentenced accordingly.

Delivering judgment, Justice Fadipe sentenced Solomon to one year imprisonment for possession of fraudulent documents, with an option of fine in the sum of N500,000.00( Five Hundred Thousand Naira)and 40 hours of community service.

Olalekan, on his part, bagged two years in prison on two counts of possession and cheating, with an option of fine of N1,000,000.00( One Million Naira) and 80 hours of community service