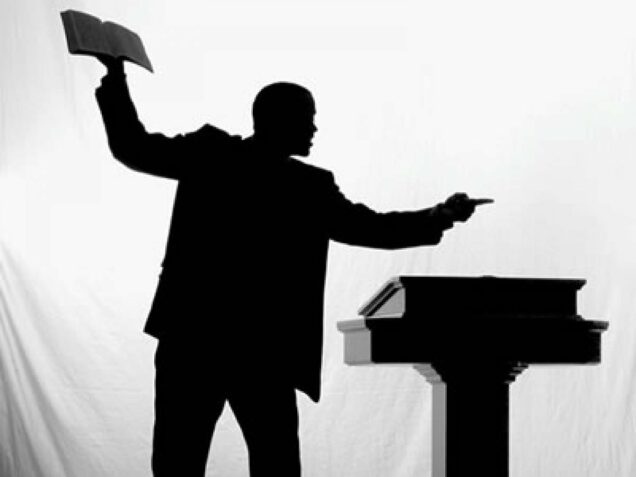 Amb. David Tyomanger of the Divine Grace Ministry International, Abuja has appealed to all servants of God, not to allow flesh or what they will eat to deceive them into giving false revelations.

He said on Friday that false preaching and revelations could cause chaos, leading to insecurity and underdevelopment in the nation.

“False prophecies have caused havoc in the Church and have negative effects on people’s lives.

“I urge Prophets, Prophetesses, Bishops, General Overseers, Pastors and Evangelists to rather pray for the Church of God and His people, particularly in this trying time.”

The Man of God stressed the need for avoidance of false prophecy and preaching, especially as the nation prepared for the general elections.

“Let the Church not be involved in heating the polity; the church should pray for good leaders and its leaders and the process of electing them, not adding to problems surrounding conduct of elections.”

He tasked members to join hands in the bid to reawaken evangelism, which is the hallmark of the Church.

“Let us involve in grassroots evangelism at local assemblies and in rural evangelism. Evangelism is the main purpose of the Church on earth.”

“If we evangelise and turn the hearts of men to God, there will be change of attitude.

“Today, we are encountering problems everywhere – corruption, killings, maiming, sexual crimes etc. All these will stop if we are able to convert people to Christ. We need steadfastness and prayers.”

According to him, God will disgrace false prophets and do a new thing in this nation, which in his words, ‘would begin from the Church.

The cleric, however, warned Christians to be careful about the gatherings called Church.

He further said there were some basic tenets of Christianity that some churches did not subscribe to.

“Any Church that violates these seven tenets is not a true Church of God.”

He listed the tenets to include proper foundation; following the scriptures and the true Church was known for its love.

Others are discipleship mindedness; preaching the gospel, not philosophies of men; commitment to evangelism and basic tenets of Christianity.