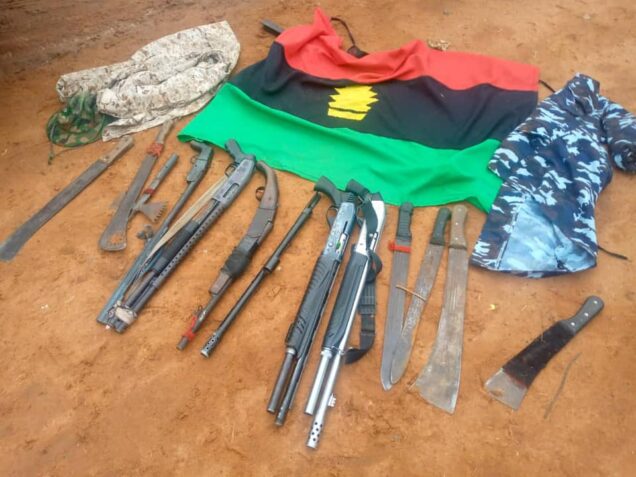 Operatives of the Imo Police Command raided the camp of the Eastern Security Network (ESN) on Friday and left many suspected members wounded.

CSP Michael Abattam, the command’s spokesman, disclosed this in a statement issued in Owerri.

Abattam said that the raid was carried out following intelligence and credible information it received on the clandestine activities of the group at Izombe in Oguta Local Government Area.

The statement read in part: “The hoodlums, on sighting the police operatives, engaged them in a gun battle.” However, they were overwhelmed by the superior firepower of the gallant police operatives. During the fierce gun battle, the hoodlums suffered huge casualties.”

It added that the suspects were forced to retreat into the bush “with various degrees of bullet wounds”.

“After the successful raid, the operatives while leaving the camp were ambushed some distance away by the hoodlums, who engaged them in another gun duel.

“During the exchange of gunfire, the operatives were able to subdue them and, in the process, five of them were neutralised.

“Unfortunately, three police operatives sustained non-life-threatening injuries and were taken to a government hospital where they were treated,” he added.

Abattam stated that the hoodlums, realizing that they suffered a heavy defeat, went for reprisal attacks in the villages, burning houses belonging to both serving and retired police officers and other security agencies.

Houses belonging to people suspected to be informants to security agencies were also destroyed.

According to him, efforts are in top gear to arrest the fleeing suspects.