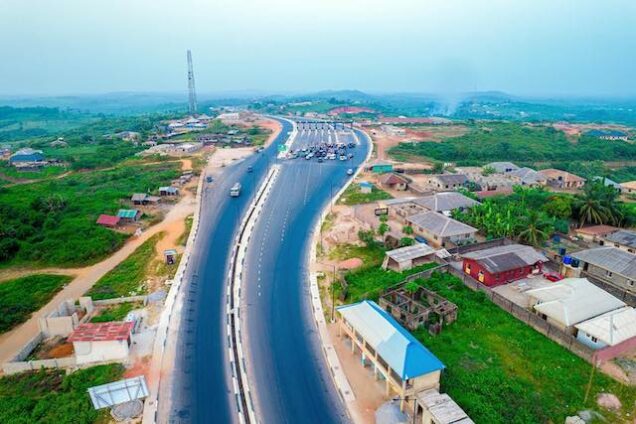 Governor Dapo Abiodun of Ogun State has said he is confronting the challenge of infrastructure deficit in the state despite the paucity of funds.

Abiodun spoke in a chat with select editors after a facility tour of the sites of ongoing and completed projects in the Ogun East Senatorial District, including the Gateway Agro Cargo Airport at Ilisan, road networks and housing estates on Wednesday.

The proposed cargo airport which was initiated about 10 years ago by the Gbenga Daniels’ administration is almost 80 per cent completed.

Abiodun, who said he came prepared because he sought the job maintained that he’s not complaining, but giving background information as to why the challenges became daunting, especially bad roads across the three senatorial districts which his administration has begun to tackle evenly.

The government has worked on major roads in all three senatorial districts, including the 14-kilometre Ijebu-Ode-Epe, Sagamu-Siun-Abeokuta road and Atan-Lusada-Agbara-Marogbo Toll road linking Lagos, which is ongoing.

On the deplorable state of Sango Ota -Oke Aro-Ojodu Abiodun road linking Lagos, Abiodun explained that successive administrations had neglected the area by abandoning the road and others.

He, however, promised to provide palliative work to fix the craters on the road before December to allow free flow of traffic, while also working on permanent construction that will solve the problem once and for all.

Earlier, Commissioner for Works, Engr Ade Akinsanya, who led the editors on the facility tour said the Denro-Ishashi road corridor which is nearing completion will also provide an alternative route for the residents of Lambe/Akute who work in Lagos.

On the completion date of the Agro Cargo Airport, Engr Akinsanya explained that the features of the airport which is the first of its kind in Nigeria were a blend of San Francisco Airport and Dubai will be ready in December.

The Control Tower and Runaway, the two most important features in Airports, according to him, had reached 80 per cent.
Engr Akinsanya also said the icing on the cake of the Agro Cargo Airport is the economic deals with the African Development Bank (AfDB) to site an Agro testing firm at Sagamu, adding that most of the agricultural products in Nigeria lack certification which has made their exportation to other countries impossible.

Engr Akinsanya also led the team to Molusi road in Ijebu-Igbo, housing projects in Abeokuta and an imposing Gateway City Gate, a tourist site at the Sagamu interchange amongst other projects.