Why I wore sneakers to NBA conference: Shettima breaks silence 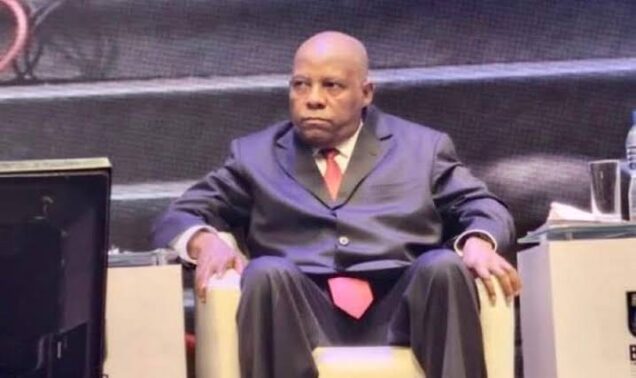 The APC Vice Presidential candidate, Kashim Shettima has opened up on his dressing to the Nigerian Bar Association, NBA, conference on Monday.

However, Shettima, in a video said he deliberately wore sneaker to the NBA conference to mock the lawyers for being bias.

He said he was at the conference which was largely funded by the Lagos State Government, which happens to be an APC government.

Shettima said the conference was moved to the Eko Atlantic City, a product of an idea conceived by Asiwaju Bola Tinubu.

He said when he sent his team, he discovered that the team of one of the presidential candidates, held meetings for three consecutive nights to commit mischief.

Shettima said when he was told that it was a hostile crowd, he decided to wear a sneaker to the NBA to mock them.

In his words: “I was in Lagos for the NBA conference. It was held in Eko Hotels, it was largely funded by the Lagos State Government, the APC government of Lagos State. Subsequently, they moved to Eko Atlantic city, a product of an idea conceived by Asiwaju Bola Ahmed Tinubu.

“When I sent my recce team… One of the presidential candidates, his team held meetings for three consecutive nights to commit mischief.

“When I was told it was a hostile crowd. I’m a banker, trained by one of the best bankers in the world. I’m a Jim Ovia boy. I deliberately wore sneakers to the NBA to mock (sic) at them.”

Shettima wore a bogus suit, with extremely long tie and canvas. His dress code stole the show at the conference as it became to talk of the town.