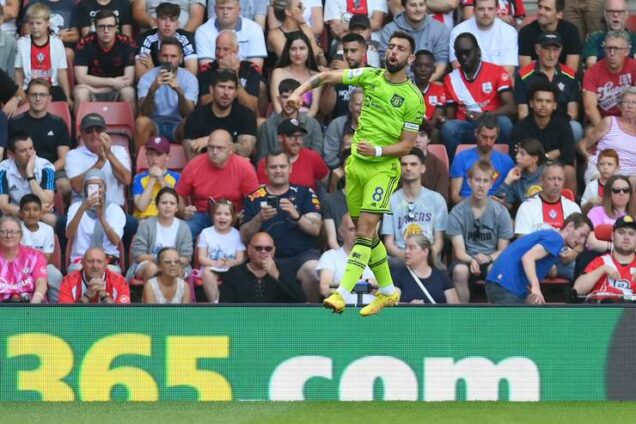 Bruno Fernandes scored the only goal as Manchester United beat Southampton 0-1 away from home to record their second consecutive win in the premier league.

United had beaten Liverpool 2-1 last week to end their poor runs in the season after losing their first two games.

After a goalless first half, United sprang to life as Fernandes struck on 55 minutes to score the only goal of the match.

The midfielder showed good awareness inside the box as he latched on to a brilliant pass and fired a first-time shot into the bottom left corner after an assist from Diogo Dalot.

Earlier, Fernandes failed to score from a rebound in the first half as the goalkeeper stopped his effort from hitting the net.

Also, Christian Eriksen’s effort was blocked by the goalkeeper after he fired the ball inside the area.

Armel Bella-Kotchap’s attempt to get a goal for the host was wasted. He received a fine cross inside the box and attempted to score a goal, but his strike flew just a few inches over the bar.

Scott McTominay went very close just after the break. He gathered a cross inside the box and fired a sublime shot towards the right side of the goal, but Gavin Bazunu produced an excellent save to deny him.

Cristiano Ronaldo came in as a substitute for Jordan Sancho in the second half but he could not make an impact. This is the second time he is being used as substitute this season.