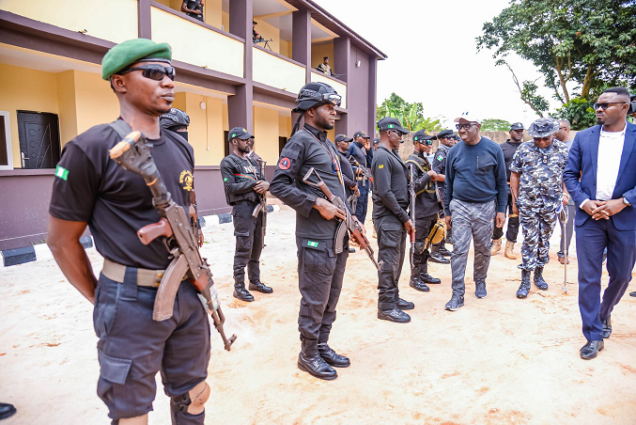 Edo State Governor, Godwin Obaseki, has inaugurated a Special Police unit to check activities of land grabbers in the state.

The Governor who addressed journalists after inspecting a guard of honor by the Special Police Squad, in Benin City, said the squad will work with the State Government and Edo State Police Command to check the activities of land grabbers.

“You may recall that we have lingering issues of land grabbing in Edo State. I informed you a few months ago that the state government is taking action to end the issue.

“I appreciate the Inspector-General of Police (IGP) for deploying a detachment to strengthen the Special Force.

“These are well-trained men of the Nigerian Police Force drafted into the squad that will work closely with Edo State Police Command and Edo State Government over the next few months to check the incidence of illegal sales of land and the activity of land grabbers in Edo State,” he stated.

Obaseki also disclosed that the committee set up earlier already has a lot of cases before it.

He said further: “There are many cases under investigation and we have declared some of them wanted. With this Special Force, we will go to the communities to recover all government land including land belonging to government schools.

“For people who have bought land illegally, particularly government land, we will recover all the lands. We will get all the land grabbers out and prosecute them all to serve as examples to others.”