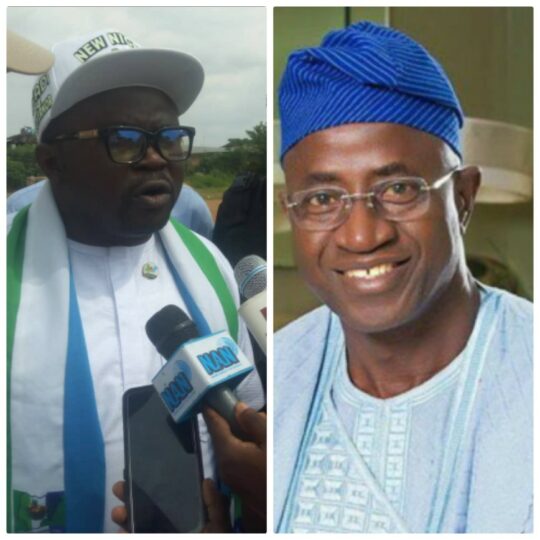 Ajadi, in a congratulatory message contained in a statement personally signed by him and made available to the media on Saturday, described, Odegbami as an embodiment of inspiration.

He said Odegbami, also known as “Mathematical Odegbami” in his heydays, despite the abundance of his talents, was “cool-headed and did much to inspire hope in any time he was in the field of play”.

“Even outside the field of play, you still remain relevant, always willing to lend your voice and share your ideas for the good of the sport.

“We regard you as our respected “Egbon” our own son of the soil, from Wasimi community here in Ogun State.

“We salute you as you turn 70 and wish you the best that life could bring going forward”, Ajadi said.

According to Ajadi, Odegbami belonged to the rare class of Nigerian slortsmen, who not made the nation proud with sporting skills but also created business brands with which they employed other Nigerians but inspired hope in those coming behind.

He described him as a man of many parts and a transformational sportsman, who eventually migrated into sports commentary, media entrepreneur, and sports administrator.

“He is a star broadcaster, Nigeria’s sports icon, successful entrepreneur, astute writer, educationist, publisher, and sports administrator, to mention but few of his divine wisdom and talents” abilities.”

“Indeed, you are an icon of hope, and Ogun State and Nigeria owe you gratitude on a day like this.

“You are a shining star from our dear state and a worthy ambassador of Nigeria.

“On behalf of my family and NNPP in Ogun State, I Olufemi Ajadi Oguntoyinbo, NNPP guber candidate in Ogun State, for the coming 2023 elections, hereby wish you well.”