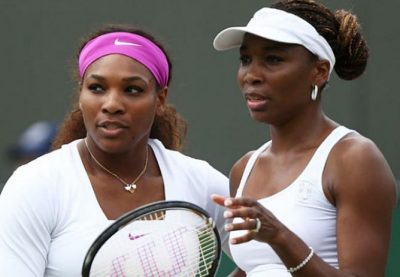 Top American tennis players, Serena and Venus Williams, are set to compete in the US Open doubles in what will be the final tournament for Serena.

Last month, Serena Williams announced that she is “evolving away” from the sport and will play her final tournament at Flushing Meadows.

In the first round, the 23-time Grand Slam singles champion will face Danka Kovinic of Montenegro, and the match will serve as the highlight of Monday’s evening session at Arthur Ashe Stadium (19:00 local time, 00:00 BST on Tuesday).

Since their defeat in the third round of the 2018 French Open, the pair have not competed in doubles.

They won their first Grand Slam championship together at the 1999 French Open and their fourteenth at Wimbledon in 2016.

With her 42-year-old sister, Serena will compete in the doubles match with a wildcard.

Venus Williams, who has won seven major singles titles and is ranked 1,445th in the world, is also playing in the singles.

After being given a wildcard, she will face Belgium’s Alison van Uytvanck in her opener on Tuesday.