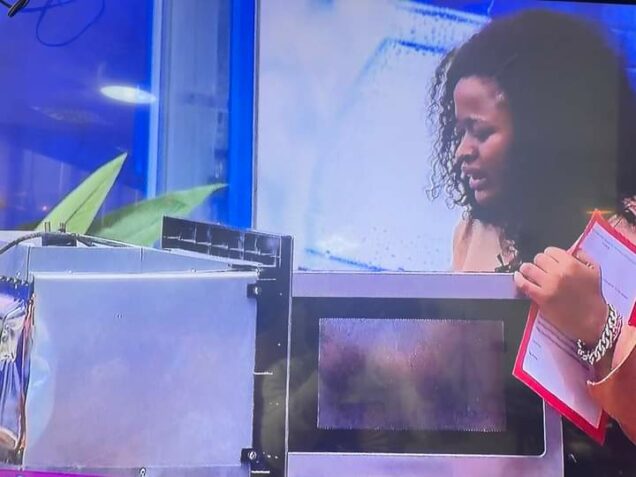 Big Brother on Monday doled out punishments to two housemates, Amaka and Chizzy for their act of carelessness in the Level Up house.

Amaka forgot her food in the microwave, an act of negligence which put the whole house at risk. In the same vein, Chizzy handled his transmitter with levity, causing damage to Big Brother’s property

Biggie instructed the duo to apologise to the appliances by speaking directly to them.

While other housemates chill in preparation for the Head of House game later this evening, the duo are busy serving their punishment in the garden.

Amaka, on Sunday, received a strike for her frequent microphone infringement. Later in the day, she broke down in tears after Ebuka revealed some of her secret gossip to other housemates during the eviction show.

Chizzy, on the other hand, is one of the Riders in the Level Up house. Having spent just two weeks in the house, he has become one of the favourite housemates on the show.