Pogba accused by his brother of using witchcraft to injure Mbappe 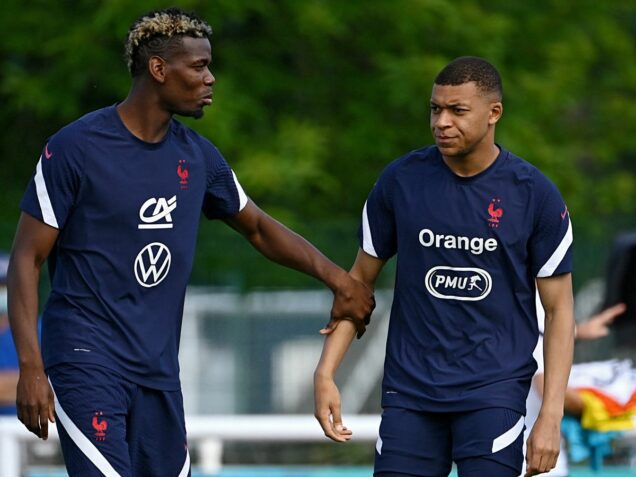 Mathias Pogba, the older brother of Paul Pogba, posted a video on Twitter this weekend, promising to reveal explosive information about the Juventus star.

Mathias, a former Wrexham, Crewe and Crawley Town player who currently plays for ASM Belfort, insinuated that the information would turn footballers, sponsors, fans, and the whole world against his brother Paul.

“People will see that there is nobody who is more of a coward, a traitor, and a hypocrite than you on this earth,” Mathias stated on social media.

In his video Mathias Pogba was also critical of the role Rafaela Pimenta, Paul Pogba’s lawyer and agent, following the death of Mino Raiola, has had on his brother’s career.

Mathias’ most explosive claim against Paul Pogba was when he accused him of resorting to witchcraft to injure Mbappe.

He claimed that his brother could have hired a marabout, a Muslim religious teacher, to injure Mbappe by applying witchcraft.

“Kylian, now do you understand? I have nothing negative against you, my words are for your good,” he said.

“Everything is true and proven. The marabout is known!

“I feel sorry for my brother, an alleged Muslim immersed in witchcraft.

“It’s never good to have a hypocrite and a traitor near you!”

Mathias Pogba claims he almost died because of Paul Pogba

Mathias Pogba also holds his brother Paul responsible for the accusations about his involvement in a gang that tried to extort money from Paul Pogba.

“Paul, you really wanted to shut me up completely, to lie and send me to prison,” he added.

“I suspected it. Unlike you I have enough to prove my words and your lies.

“I tell you again, brother, manipulating people is not good!

“It’s not about money. You implicated me. I almost died because of you, you left me in the hole while I was running away and you want to play innocent.”