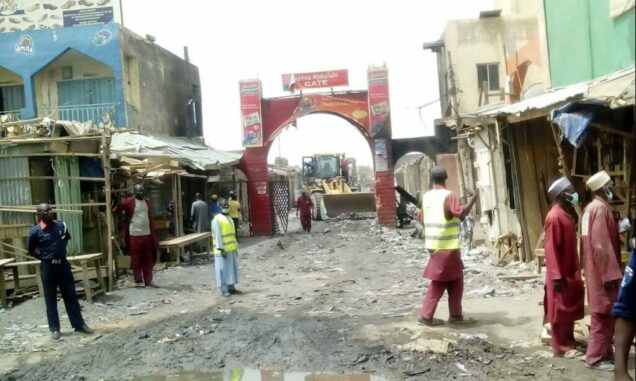 The National Emergency Management Agency (NEMA), has confirmed one person dead and seven others injured in the collapse of an uncompleted three-storey building at a popular GSM market in Beirut Road, Kano.

Abdullahi, while giving an update on the tragedy said the incident occurred at about 3:05 p.m on Tuesday.

“The building collapsed while additional construction of stairs was still ongoing,” he said.

According to him, so far, eight persons were rescued and were taken to Murtala Muhammad Specialist Hospital, Kano, for treatment.

“One person died, six persons with minor injuries had been treated and discharged, while one person with multiple fractures was still receiving treatment,” the top NEMA official said.

Abdullahi said that search and rescue operations were still ongoing to rescue those trapped beneath the rubbles.