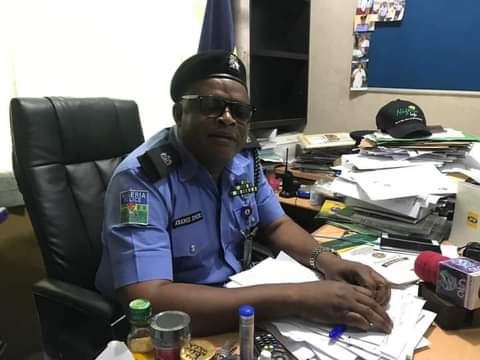 Rivers State Police Command has been thrown into mourning over the sudden death of its former public relations officer, PPRO, SP Nnamdi Omoni.

He died on Tuesday, August 30, in Port Harcourt, the Rivers State capital.

The cause of his death is still unknown as at the time of writing this story.

He had celebrated his birthday last Friday in Port Harcourt.

Omoni was the Divisional Police Officer for Elimgbu Police Station in Obio-Akpor local government area before his death.

He was deployed to Elimgbu Police Division after he was promoted to the rank of Superintendent of Police.

The news of his sudden death has been trending in Social media platforms in Rivers.

Rivers State Police Command has not issue any statement on the loss its immediate past spokesman as at the time of writing this story.