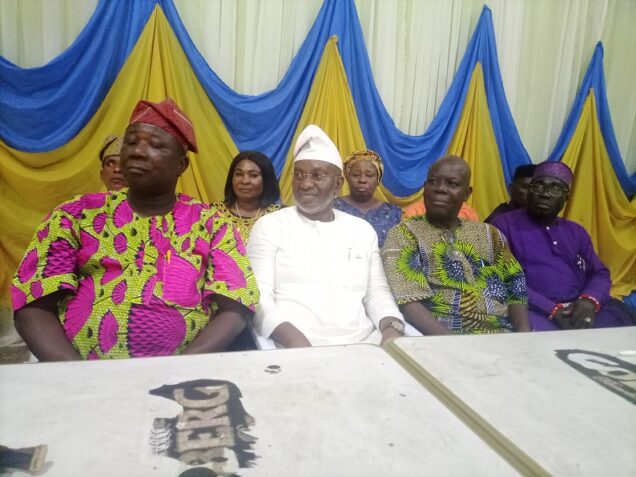 A former chieftain of All Progressives Congress, APC in Ogun, Otunba Rotimi Paseda has said Governor Dapo Abiodun is not only a careless, but does not know how to govern.

Speaking to journalists in Abeokuta, Paseda who contested against Abiodun on the platform of Social Democratic Party (SDP) in 2019 said he joined the APC out of his desire to assist Abiodun to move the state forward when he assumed office.

But he said he said he later realised that he was wrong about the ability of the Governor to move the state forward as he was too careless about things happening around him.

Paseda said he is sure everyone who had declared support for Dapo had one or two regrettable things to say, most especially on the committees set-up when he just became governor.

There are speculations that Amosun who is a factional leader of APC in the state is having romance with the ADC and funding Otegbeye’s governorship ambition.

His words “My resignation from the APC is to make the second term of a careless son of careful God not possible and that is Dapo Abiodun. My singular reason for leaving APC in not because has done anything wrong but because I want to be sure and work within my capacity that Dapo Abiodun does not come back.

“Dapo Abiodun is a governor that just find himself in position, he wasn’t prepared. he only react when there’s need for reaction. There’s no fore thinking, there is no fore planning, he just reacts. That is one of the reasons why he left the party.

“That was why I left APC. Now that I have left APC, I have not declared for any political party and I don’t intend to do so. I’m a free citizen of Nigeria and Ogun state and I’m a politician.

“I have decided to give my total support to Biyi Otegbeye. Although I am not in any political party, anything that is call Rotimi Paseda in Ogun state will be for Biyi Otegbeye.”

“I belong to a politician family now and that political family is headed by senator Ibikunle Amosun and in the family a decision was made and as a family, I have no choice than to go along with BOT. Another thing is that BOT is an half Yewa and Ijebu man, if BOT was not an Ijebu man, I wouldn’t have supported him, because I believe an Ijebu should complete the last one term and that was my decision.”