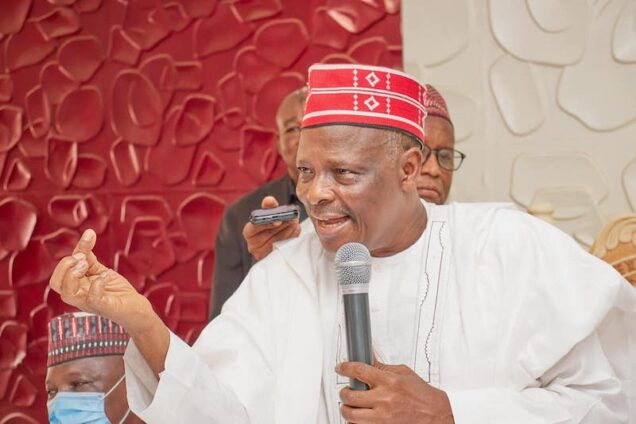 The visit of Senator Musa Kwakwanso, the presidential candidate of the New Nigeria People’s Party, NNPP to Kogi State on Wednesday was altogether not a palatable one.

The former Kano State Governor and leader of ‘Kwakwansiya’ political movement who was in Kogi to commission his campaign office in Lokoja, the State capital was humiliated by hoodlums. They reportedly booed and accused him of not turning up early for the event.

It was gathered that the crowd had gathered early in Lokoja, expecting Kwankwaso. However, the former governor was said to have first gone to the country home of late Governor Abubakar Audu in Ogbonicha, for homage before returning to Lokoja.

When he arrived in long motorcade at his Campaign Office, beside Dave Mercy Pharmacy on Government House Road, the weary and disgruntled party supporters became unruly. They started shouting and throwing sachet water at the guests.

Also, at a popular hotel where he was to address supporters, the hoodlums in their numbers invaded the venue continued the embarrassment by hauling missiles in his direction.

His security details eventually dispersed the hoodlums and brought the situation under control.

It was their second attempt at enforcing orderliness in a day.

He was said to have been accused of trying woo APC supporters using the late Audu as smokescreen.

Kwakwanso’s media aide, Musa Yunusa, downplayed the hostility to his boss in Kogi.

He described it as ‘normal in political season’.

He argued that the action of the thugs were not a true reflection of his principal’s popularity in the state.