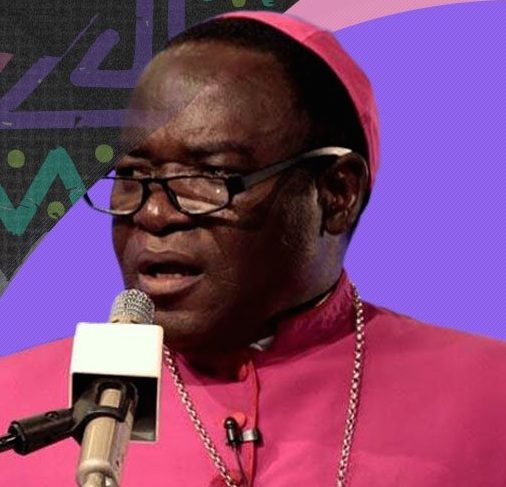 There was a time when the church was very powerful…. Things are different now. The contemporary church is so often a weak, ineffectual voice with an uncertain sound. It is so often the arch supporter of the status quo. Far from being disturbed by the presence of the church, the power structure of the average community is consoled by the church’s often vocal sanction of things as they are.

Two days before Nigeria’s presidential election scheduled to take place on 28 March 2015, President Goodluck Jonathan and General Muhammadu Buhari, the two leading candidates in the contest for the presidency, met at the Transcorp Hilton Hotel in Abuja to sign an accord and solemnly foreswear against violence in the ballot. At the head of the witnesses to the accord was Abdulsalami Abubakar, retired army General and Nigeria’s former Head of State. In the background but also a witness was a clergyman, Matthew Hassan Kukah. In his day job, he also worked as the Bishop of the Catholic Diocese of Sokoto in north-west Nigeria.

This accord was the handiwork of the National Peace Committee, which General Abdulsalami chaired. His deputy was Ebitu Ukiwe, a retired Navy Commodore who served as the second-in-command to Nigeria’s military ruler Ibrahim Babangida from August 1985 to October 1986. Bishop Kukah served as its secretary.

Emotions were at fever pitch and threatening to boil over. Around the world, there were credible fears that the aftermath of the ballot could degenerate into mass violence.

There were three good reasons for these fears. First, the announcement of the result of the presidential election four years earlier had been followed by an outbreak of serious violence in which 943 people were officially confirmed killed. The actual numbers were almost certainly much higher. Second, an earlier peace accord signed between all the political parties on 14 January 2015, including the parties of President Jonathan and General Buhari, and witnessed jointly by the former Secretary-General of the United Nations, Kofi Anan and his counterpart in the Commonwealth, Emeka Anyaoku, had proved rather fragile. Third, the Independent National Electoral Commission (INEC) had postponed the presidential ballot from 14 February to 28 March 2028, which made all sides quite fidgety.

Many people were sceptical about the peace accord. While the votes were still being counted on 29 March, a columnist in The Nation, a newspaper published by the leader General Buhari’s All Progressives Congress (APC), called it “misconceived”. But the symbolism of President Jonathan and General Buhari embracing one another while publicly renouncing violence and agreeing to abide by the result of the polls was not lost on the country.

The Peace Accord did more than hold. The Guardian newspaper described it as “the peace that was not foreseen.” As proof, Nigeria’s 2015 presidential election set many records in Nigeria’s history. It remains the only one in which the opposition defeated an incumbent. It is also the only one that did not end up in contests before the election tribunal.

INEC may have organized the election but its work would have come to naught if not for the high level and concerted effort that went into ensuring a soft landing for the country. At the head of that effort was Matthew Hassan Kukah. The convening of the National Peace Committee was his brainchild and he was the Svengali behind the accord.

This was the culmination of a life that had designated him as officiating minister in the marriage of theology and civics in Nigeria’s abusive relationship with its citizens.

Providence had prepared Kukah for the role. Kukah is Bakulu (Ikulu), one of the ethnic communities indigenous to the Zangon Kataf Local Government Area of Southern Kaduna – a part of the country that has known its fair share of troubles, violence, and killings. His family has a history of leadership and service. His younger brother, Yohanna Sidi Kukah, the Agwam Akulu II, is the paramount ruler of Ikulu. There is the appetizing thought that Kukah could have ended up on the throne if he had not ended up in the seminary.

Born on 31 August 1952, young Matthew Hassan Kukah was old enough to experience the colonial segregations that blighted the lives of the peoples of southern Kaduna under the baleful practices of Lugard’s “Indirect Rule”. It shaped his road through St. Joseph’s Minor Seminary in Zaria and St. Augustine Major Seminary, Jos, from where he received his qualifications in philosophy and theology leading to his ordination as a 24 -year-old priest on 19 December, 1976.

At that time, there were not too many indigenous priests from north-west Nigeria and Kukah could easily have been content with a quiet but influential pastoral life. Instead, he forged an intellectual and academic pursuit in peace studies, equipping himself with graduate degrees from the University of Bradford in 1980, and culminating in 1990 in a doctorate degree from the School of Oriental and African Studies (SOAS), University of London. A version of his doctoral research was published in 1993 under the title: Religion, Politics, and Power in Northern Nigeria. He also has a graduate degree in public policy from the Harvard Kennedy School of Government.

In nearly 46 years as a priest, Matthew Hassan Kukah has combined pastoral, civic and intellectual roles to telling effect. Six years after becoming a priest, Dominic Ekandem, Cardinal Archbishop of Abuja, took Kukah under his wings inviting him to work as a special assistant in Abuja. After the completion of his Ph.D. work, Kukah returned to Nigeria where he worked first as the deputy secretary-general and then the secretary-general of the Catholic Bishop’s Conference of Nigeria. He would later return to Kaduna as the Vicar-General of the Kaduna Archdiocese, from which role the Pope consecrated him as the first Nigerian Bishop of the Diocese of Sokoto on 8 September, 2011.

When he was appointed Bishop of the Catholic Diocese of Sokoto in 2011, Kukah became in effect the administrator of the second largest territory in the country after the President. The Diocese of Sokoto covers Kaduna, Katsina, Kebbi, and Zamfara States, including three of the four principal outposts of the Caliphal system established by Dan Fodio (with the exception of Zazzau). Rather ironically, his seat is also located in Sokoto, not far from the seat of the Sultanate. It is a testament to Kukah’s unusual combination of skills that he has managed to foster amity with the communities on the one hand while at the same time deepening the confidence of his congregation.

The Pope may have appointed him to the Diocese of Sokoto but Kukah easily forged a role as Nigeria’s Bishop. He always accepted the priestly vocation as one of public service in which the altar is a mere platform and the country is his congregation.

Kukah arrived at this point with considerable preparation. From June 1999, he combined his role in the Catholic Secretariat with service as the Secretary of the Human Rights Violations Investigation Commission, which was better known as the Oputa Commission, ending in May 2002. Three years later, in 2005, Kukah also headed the Secretariat of President Obasanjo’s National Political Reforms Conference (NPRC).

All through these various roles, Kukah never hid his own ethical and intellectual struggles with calibrating the pitch of his voice against the inequality and injustice that blighted the lives of most of the people from whence he came. These struggles were routinely captured in his public interventions on various aspects of the Nigerian condition. In the past decade, he seems to have crystallised his cadence with confidence.

No one could possibly accuse Kukah of being an “ineffectual voice with an uncertain sound.”

For his troubles, Kukah inspires both deep admiration and committed attacks in equal measure. Not for once, he has been accused of “mixing several issues up and missing the point once again.” In point of fact, however, it is Nigeria’s rulers and their enablers who have chronically missed the point and habitually mixed up issues.

It is easy to attack those who point this out and who, with equal persistence, seek to make the point that there is nothing inevitable in the Nigerian condition. As he turns 70 on 31 August 2022, it is fair to say Bishop Kukah has earned his place as both the doyen of this vanishing breed and as the voice of a country in search of a conscience to hold it to account.

A lawyer and a teacher, Odinkalu can be reached at [email protected]