Re: Update on Obong Umana Okon Umana anti party stance and action against All Progressives Congress 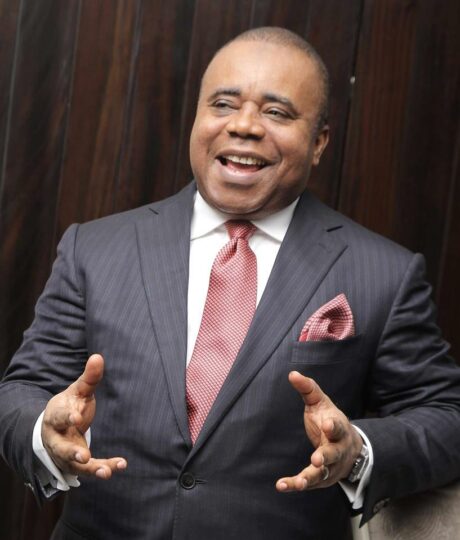 Michael Matthew: A pawn on Akpabio’s chess board

Now that irrational Michael Matthew is beating the air with righteous anger, posturing and dancing to drumbeats meant to draw attention from the mess that Senator Godswill Akpabio has made in Akwa Ibom All Progressives Congress (APC), his puppeteer should be warned that those who live in a glass house don’t throw stones.

If Senator Akpabio is bent on further distabilizing the party by sponsoring this campaign of calumny against party leaders, he should be warned that we may be constrained to put him in his place with evidential exposure of atrocities he has committed against Akwa Ibom State and Nigeria beginning from his time as governor till his last appointment as minister of Niger Delta Affairs.

Matthew is merely one of several insignificant pawns in this shameful game of supremacy played by his benefactor since joining the APC. Truth be told, if there is anybody that should be queried for working against the interest of All Progressives Congress (APC) in Akwa Ibom State, it should be Senator Godswill Obot Akpabio, who has incited innumerable controversies since he slithered into the party in his self-serving venture to avoid being prosecuted for graft.

Since Akpabio joined APC in 2018, the party rather than becoming stronger has experienced dwindling fortune because of his narrow-minded game of dominance. Come to think of it, why is it that virtually all those who defected from PDP to APC when Akpabio was in PDP, have now left APC? Before his so-called uncommon defection the state party was under a single leadership structure untill he created a parallel state executive to serve his purpose. It is on record that Akpabio attended the congress where Mr. Austin Ekanem emerged as the State party chairman and even commended the successful conduct of the congress only to turn around and unilaterally chose Stephen Ntokekpo as state party chairman. This act by Akpabio has brought the APC to where it is today, without a substantive governorship candidate for the 2023 governorship election.

Senator Akpabio believes that he should be the only one to be heard and known in the state because to him, no one else should supercede him. Eventually, he outsmarted himself at the national level, why start this unnecessary war against loyal party stalwarts at the state level? Meanwhile, his incessant threat of violence and chaos through Michael Matthew is a trademark. However, this time, Akwa Ibom people will bring him to reckoning for all the atrocities, state sponsored kidnappings, politically motivated killings, mowing down of perceived opponents, the pain and tears he caused them during his reign of terror as governor of the state.

Akwa Ibom people know his antics and are onto his macabre dance. Indeed, the Ibibios will not forget what transpired in 2008, when Akpabio used his kinsmen to disgrace one of our illustrious sons out of office. Akpabio is out again, using his hungry masquerade to spew lies and spray tar against another Akwa Ibom son whom he can’t bear to see outshine him. He must know that his evil machinations this time around will be repelled with overwhelming vehemence. A word is enough for the wise.