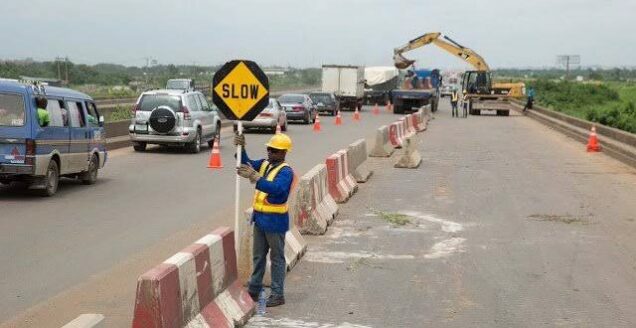 The Lagos State Government has announced that traffic will be diverted at the Ogun State bound lane of Kara Bridge from Saturday, 3rd September, 2022.

This is in reference to the notification received from the Federal Ministry of Works on the ongoing reconstruction works along the Berger-OPIC Axis of the Lagos-Ibadan Expressway Project for an emergency fixing of the expansion joints that got damaged.

The notification explained that the urgent repair work needed to be carried out on three of the expansion joints to prevent accidents and vehicular damages, hence the need to inform the residents and motorists on the outbound Lagos-Ibadan Expressway.

The Lagos State Commissioner for Transportation, Dr. Frederic Oladeinde assured that the state government would collaborate with the Federal Road Safety Corps (FRSC), the Lagos State Traffic Management Authority, (LASTMA) and the Ogun State Traffic Compliance and Enforcement Corps (TRACE) to provide adequate diversion and effective traffic management systems during the period of the repair works.

Based on the notification received, the Transport Commissioner advised the general public to drive with caution along this route during the period of the repair and exercise patience, adding that interventions will be put in place to minimize inconveniences.

Oladeinde appealed for the cooperation of the general public with the stationed traffic control Officers by adhering to traffic laws and regulations in order to prevent avoidable gridlock and ensure free and steady flow of traffic while the repair works last.