Why Nigerians will prefer Tinubu to Obi, Atiku, Kwankwaso - Lukman 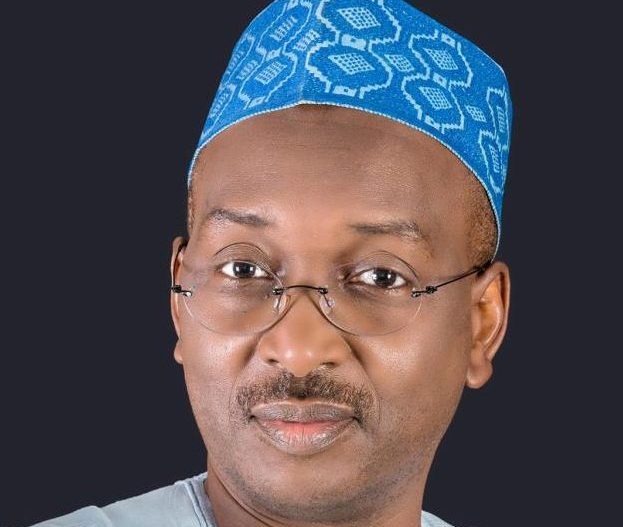 Dr SalihuLukman is the National Vice Chairman of the All Progressives Congress (APC), North-West. He recently spoke with the media, saying Asiwaju Bola Tinubu, the party’s Presidential Candidate, is the candidate that Nigerians can do business with.

According to Lukman: “Asiwaju Tinubu wasn’t an election merchant. He had every reason to have aspired in 2007, 2011, 2015 and 2019, he didn’t aspire or he engaged in politics differently in a way that produced a positive outcome differently. That cannot be said of the other candidates, whether Atiku (Abubakar), (Rabiu) Kwankwaso or Peter Obi. Of course, I will not descend to the level of challenging their competence, they may be competent, but in terms of personal integrity and personal trustworthiness, our candidate is about the only one, together with the running mate that has not changed their political parties on account of aspiring to contest for election. Which means they are people with some level of consciousness and integrity.

And what that means is that trust can be invested in them more than people who when they don’t get what they want in a particular spot, they move to another place. Now for me, these are the issues to highlight. And we are ready to debate it as a party with anybody.”

Below is the interview

How is your party, the ruling All Progressives Congress (APC) going to campaign in 2023?

This is the first time in our democratic experience in this country that candidates have emerged and campaigns are not starting immediately. INEC had its reasons that made them develop that, but the time gap between the period when candidates emerged and the period when the campaign is going to start is almost three months. But the good thing about that is that it has also enabled political leaders to engage themselves. I mean, at the level of our party, the APC, consultations are going on. In 2015, for instance, or 2014 when Buhari emerged as a candidate, the period of consultation was so short, I think, if I remember very well, Buhari emerged on December 10, 2014. And I think in less than a week, the running mate emerged because the deadline for submission to INEC was very short. So consultation was narrow, it didn’t involve the wide spectrum of party leaders as it were. But now that is happening, but because that is happening, it makes people have a stronger say including even in the process that is leading to the constitution of the campaign council.

The experience so far and I think that is the challenge of our democracy is that people are more or less like election merchants. Every election cycle, they present themselves as candidates or as aspirants and if they don’t become candidates, they dispute every process that produced the candidate. This is the challenge of this democracy, it is not unique to APC, is not unique to PDP, it is across all the political parties. And go and check, especially at the presidential level, we have a situation where all the candidates are known faces in terms of the electoral process in this country at the highest level. The only exception is perhaps our candidate in APC. The last time the candidate appeared on the ballot was in 2003. And after 2003 he was not on the ballot. But it’s not the case, at least with our so-called three popular parties – PDP, NNPP, and Labour Party. The candidate of the Labour party was on the ballot in 2019. So I think these are some of the challenges.

I think, for us in APC, it is about managing or regulating these people I called election merchants. What they do is to ensure that they have surrogates who they plant from wards to local government, to state level, if they are strong enough, up to national level. In many of our States where you see an official of the party defecting to another party is because their godfather or whatever it is called is an election merchant, who couldn’t get a ticket from our party has left and gotten a ticket elsewhere. So to damage our party, you hear them putting up so-called resignation letters and there is nowhere in the constitution of the party and there is nowhere even in the national constitution where if you have to leave a party, you have to write a resignation letter. No!. It is your freedom, you just leave because when you came in, you didn’t write an application letter, you just presented yourself and you can just submit your membership card and move on. Part of the challenge why you have so many party leaders behaving as surrogates to election merchants is largely because there is no clarity in terms of how political parties are being funded. So, ward level structures, local government structures, state level, zonal and even national level, how funds come in is so abnormal, and there are no defined sources of funding. What is at the national and the constitution of the party, you will see some attempt to define it, but it doesn’t translate to a specific amount of money coming in periodically. And that is why you find at all levels, there is hardly a budget. So party leaders exist just in name. I believe if we work successfully over the next period of two to four years to address a number of that. By the next election cycle. The incidences of people just coming into political parties for the purpose of contesting elections can be minimized. Not that it will be eliminated. It’ll still be there. But the main function of political party can begin to be exercise, which is about delivering on services to the people who elected representatives. Parties can only do that if parties are able to regulate the conduct of those elected representatives. Now the current templates that exist is that it is the other way round.

I want to take you on on the issue you raised about your presidential candidate not being on the ballot for some time now. Will you see it counting against him?

I raised the point of the candidate not being on the ballot since 2003 on a positive note, to demonstrate that he’s not one of those I called election merchants. He wasn’t an election merchant. He had every reason to have aspired in 2007, 2011, 2015 and 2019, he didn’t aspire or he engaged politics differently in a way that produced a positive outcome in a different way. That cannot be said of the other candidates, whether Atiku (Abubakar), (Rabiu) Kwankwaso or Peter Obi. Of course, I will not descend to the level of challenging their competence, they may be competent, but in terms of personal integrity and personal trustworthiness, our candidate is about the only one, together with the running mate that have not changed their political parties on account of aspiring to contest for election. Which means they are people with some level of consciousness and integrity.

And what that means is that trust can be invested in them more than people who when they don’t get what they want in a particular spot, they move to another place. Now for me, these are the issues to highlight. And we are ready to debate it as a party with anybody. Not the other issues about health challenges, what have you, or things that cannot be verified. These ones I mentioned, you can verify them. So I think these are some of the points.

Again, what are your fears ahead of the 2023 elections, what are the weaknesses and strengths of APC?

If I have any fear, it is about how to strengthen accountability and strengthen the capacity of the party to influence the initiative of elected officials. I have argued and I still argue that this election for us in APC, what is required is for us to have the honesty to review and look at what we promised between 2015 and 2019. What are the gaps and there are gaps that exist. What is it that needs to be done in order to address those gaps. In addition to that, what are the new challenges? There are new challenges that have emerged. What do we need to do as a party aspiring to continue to rule this country in order to address those challenges.

Now, there are challenges which ordinarily are human challenges, If we politicise them, we get them wrong. Issue of security challenges for instance, which is the issue now that gets over-politicised and people wrongly said we use the same approach in 2014/15 against (Goodluck) Jonathan, it is not true. 2014/2015, Jonathan and PDP were completely in denial about those security challenges. If you remember when the Chibok thing happened, there was a delegation from Borno led by the governor himself, KashimShettima, then he was a sitting governor. What was the response of Patient Jonathan, Kashim had to shed tears publicly. Nobody is saying for instance what happened to the railway between Kaduna – Abuja didn’t happen, nobody’s saying that the attack on Kuje prison didn’t happen. If anything, we are as aggrieved as any other Nigerian. I come from Kaduna, I hardly spend two weeks without going to Kaduna, I could have been on that train. It doesn’t matter whether I’m in APC or PDP. I mean, the same security challenge we all face. So just like I want my government, any other Nigeria wants the government to address this challenge. I want this government to address the challenge immediately because I don’t know whether it will consume me. This is the reason why we don’t need to politicize it. So as far as I’m concerned, we must prepare the campaign in such a way that there are answers to these challenges which Nigerians can see and can commit themselves to.

Nigerians are saying that the present administration is a failure and that is the perception they carry, perhaps fuelled by opposition. How do you intend to campaign and convince Nigerians with these baggage?

Life is about challenges. Those challenges exist, no doubt about it. But I think my response to it is that we will be honest, and we will open ourselves to engagement because democracy is a two-way thing. Many of the deceptive propaganda being sponsored by opposition to APC is that the solution to the problem lies outside APC. I will argue that the solution to the problem is not necessarily resident in any political party but among Nigerians. It is the capacity of Nigerians to respond by engaging political actors to be accountable and get them to be open for suggestions and recommendations that will produce the kind of solution that we expect. Let nobody be deceived that APC is the problem, APC is not the problem. If you look at candidates of other parties are not coming up with recommendations, they are coming up with propaganda to shoot down APC and Nigerians should be smarter than that.