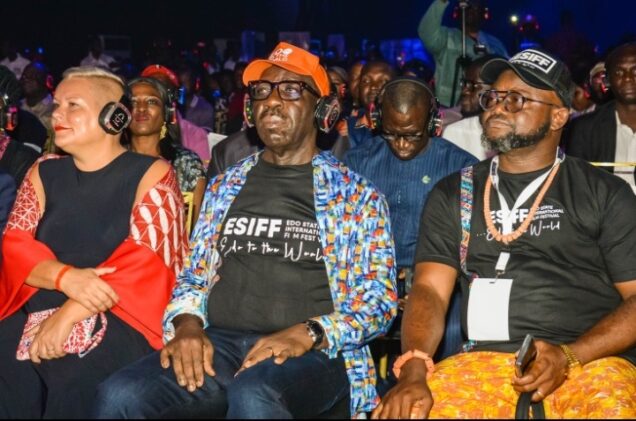 The Governor of Edo State, Godwin Obaseki has said that the State has remained the cradle of culture, innovation and creativity in Africa because of its creative people.

He stated this on Friday, in Benin City, while declaring open the maiden edition of the Edo State International Film Festival (ESIFF).

He noted that his government is investing hugely in the creative sector, with the goal to become the home of culture and tourism in West Africa.

According to him, “Edo State is not short of creative people. Over the centuries, we have been the cradle of culture, innovation and creativity in the African continent. The festival is availing us the opportunity to showcase Edo to the world.

“Edo State has taken the lead working with our partners to strategically invest in the creative industry. We have taken our time to take advantage of our unique opportunity in terms of our location and natural endowment of our people.

“Our goal is to be the home of culture and tourism in West Africa. The Victor Uwaifo Sound Stage is our first experiment to build the required infrastructure to support the creative industry, particularly film and movies in the State.

“With the success of this sound stage, we will now move to the Film Village which initial design has commenced.”

The Governor added that Edo is developing systems and infrastructure and is taking advantage of its unique opportunity in terms of location and natural endowment to harness the huge potential in the creative industry and boost the State’s economy.

He reassured that the government will sustain efforts to give the art sector its pride of place in the State.

“We want to welcome our guests to the State and ask you to join us in celebrating our homegrown talent. This first experiment is to lay the foundation.

In his remark, the Chairman of the Festival planning committee and veteran filmmaker, Lancelot Oduwa Imasuen, said the State is taking advantage of the Film Festival to sell Edo to the world.

“We have recorded over 1,500 viewers watching our films in just the first day of the four days of the film festival.

“As an industry, we are grateful to the Edo State Government for funding the Edo movie projects. We are grateful because it has employed well over 1,000 youths, taking them away from the street and equally contributing to the economic development of the State.

“Entertainers across the State have thanked the Governor and his administration for this initiative as this is the first time ever a state government is fully involved in a film festival. His Excellency is fully involved as he is sponsoring three film categories with over $20,000,” Imasuen said.