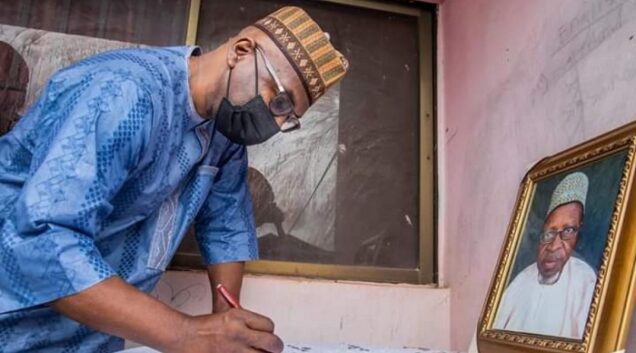 Gov. AbdulRahman AbdulRazaq has described late Ambassador of Nigeria to the Kingdom of Saudi Arabia, Alhaji Abdulkadir Sambo Imam, who died on Thursday, as a great statesman who contributed immensely to national, state and community development.

This is contained in his condolence letter issued in Ilorin on Friday by his Chief Press Secretary, Mr Rafiu Ajakaye.

“Our heartfelt condolences go to the family, friends, and everyone who mourns the late diplomat and fine public officer, who represented Nigeria at different countries at different times.

“At 90, he was one of the last persons standing of his noble generation.

“We beseech Allah to repose the soul of the great diplomat and grant him Al-Jannah Firdaus.

“We also ask Allah to comfort and strengthen the family after his death,” said the governor.