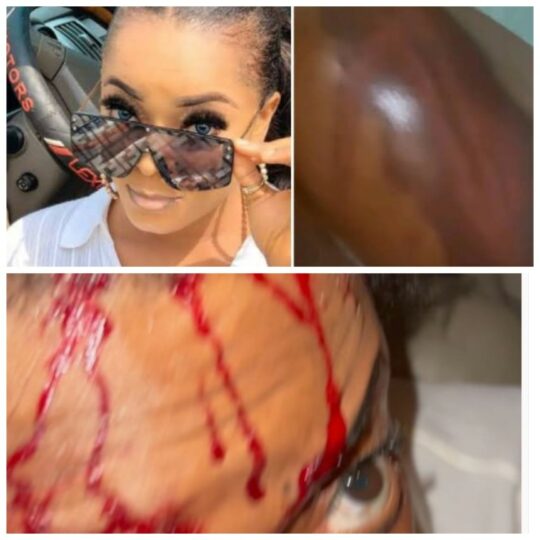 The Economic and Financial Crimes Commission (EFCC) has lashed out at Helen Duru after the actress accused its operatives of assault.

Duru took to her Instagram page on Saturday to share a series of videos of her battered body and fractured skull covered in blood.

In the lengthy post, she claimed that EFCCC’s operatives in Enugu “forcefully” gained access to her apartment late at night and took turns in beating her.

However, in a statement by Wilson Uwujaren, the EFCC spokesperson, the commission described the video as “misleading” and “mischievous”.

Uwujaren said the actress is seeking “publicity”, adding that her claims are “poorly written Nollywood script.”

He said the actress claimed the incident happened on July 21 but the actress decided to bring it up in September to score “unattainable points.”

The anti-graft agency also vowed that the “video will be further analyzed for more forensic details and possible legal action”.

“The attention of the Economic and Financial Crimes Commission, EFCC, has been drawn to an online video trending on Instagram, from the handle of a certain “@Iamhelenaduru”, a self-styled actress, purporting, quite mischievously, an assault by operatives of the Commission.

Checks by the Commission, however, flagged Helen Aduru, an upcoming actress, as a mere publicity-seeking player, with a poorly- scripted claim that has fallen flat in the face of unassailable facts available to the Commission.

In her script, she was quick to include five names of officers she claimed came from the Cybercrime Section of the Enugu Command of the Commission. Characteristically, EFCC’s officers don’t wear name tags nor move around with bulldozer-shaped equipment to pull down security doors.

Aduru claimed, rather strangely, that she was assisted by a little boy, to a Police Station at 3:44 am but met the station shut. It is important to note that Police Stations are not civil service ministries that “close” in the evening. Even more preposterous is the fact that she never went back, at daybreak, to lodge a complaint.

More poignantly untenable is the fact that her purported assault of July 21, 2022, which has not been logged nearly two months later at the Police Station is only being brought to public glare on September 2, 2022!! Such a scene could only stand on a typical Nollywood fiction series.

Such claims by Aduru, like all other stranger-than-fiction, click-baiting, sympathy-seeking ploys, do not merit a response but for the need to avoid “silence is acquiescence” stance of mischief makers. Deeper checks on the matter only showed that certain blackmailers could be bandying some known names in the Enugu Zonal Command to settle some scores.

The Commission, strictly guided by its Standard Operational Procedure, would not succumb to blackmail or any sleight of hand by any character. The poorly- scripted video would be further analyzed for more forensic details and possible legal action to dissuade those who seem to be making an industry of falsely accusing and maligning the Commission. Members of the public are enjoined to ignore Aduru’s claims. EFCC’s officers are not assaulters or terrorists.”