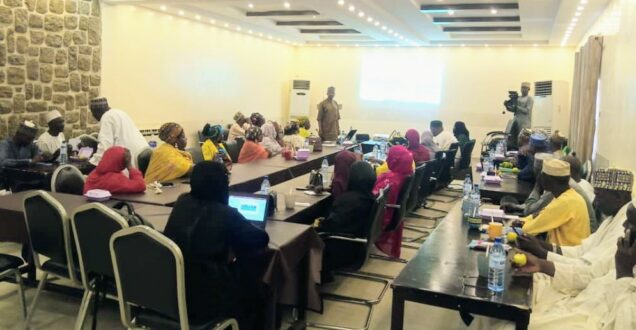 The Kano State Government has so far released more than N1.02 billion for girls’ education-related projects in its 2022 budget.

Hajiya Mairo Bello, the Co-chair, of Girl Education Partnership, an NGO, made this known in Kano on Saturday, at the dissemination of the Kano State 2022 girl education budget performance with citizens and relevant stakeholders.

The dissemination was supported by Partnership to Engage, Reform, and Learn (PERL), a governance programme of the UK Foreign, Commonwealth, and Development Office (FCDO).

Others, she said, included N12 million for the State Agency for Mass Education, while N132 million was released for renovations of girls’ secondary schools.

She added that N12.5 million was also released for repairs of shuttle buses for transportation of girls to school, under the state’s Girl Education Project.

She particularly commended the state government for the release of 12.5 million for the repair of 20 shuttle buses for the transportation of girls to schools within the metropolitan towns of the state.

She explained that the development was the result of consistent advocacy to government agencies by citizen groups to push for increased investment in girls’ education.

“This is a milestone for us because the shuttle buses will support transporting girls from poor households to school at no cost.

“This will significantly increase girls’ access to education by removing transportation and distance barriers.

“It also provides security as a safety measure by taking the girls from their homes to school and returning them back to their houses safely.

“This, in the long run, will increase girls’ school enrolment, retention, transition, and completion,” she said.

She said that an analysis of the 2021 budget supported by PERL, shows that only three percent of the total state budget was specific to girls’ interventions.

This, she said, prompted the citizen’s group to conduct a series of advocacies to relevant government agencies to increase budgetary allocation for specific girls’ education interventions.

According to her, the advocacy yielded significant results with the creation of budget lines for girls’ education projects in the state.

Bello said that one of the budget lines was N20 million for the purchase of 10 shuttle buses for Girl Education within eight metropolitan local government areas and the repair of 20 grounded vehicles for the girl education project.

“Another budget line was N20 million for the construction of and rehabilitation of toilets for children and students with special needs in girls’ schools across the three Senatorial Zones in the state.

“A total of N50 million was also allocated to enhance inclusive education for girls with disabilities across the state and N120 million for the recruitment of female teachers for basic and secondary schools.

“Similarly, N15 million was allocated for the construction of blocks of classrooms, provision of furniture, instructional materials, and supply of buses for girls in primary and secondary schools,” she said.

She explained that of all the allocations amounting to N225 million, N12.5 million had been released for the repair of shuttle buses.

Earlier, Hajiya Hajara Suleiman, PERL State Partnership Facilitator in the state, said that the objective of the meeting was to provide an overview and update on the girl education budget.

She added that the meeting was also organized to disseminate findings from the relevant ministries, departments, and agencies with girl-specific education projects.

“The meeting was also organized to identify possible ways for further engagement with stakeholders that will facilitate budget releases and implementation of girls’ education projects,” Suleiman said.