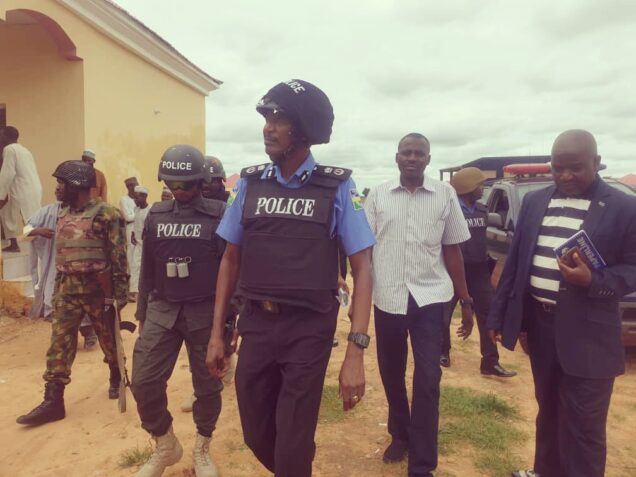 The Commissioner of Police in Sokoto State, Mr. Mohammed Gumel, has inaugurated a tactical unit called “X-Squad” in his determination to review crime-fighting strategies in the state.

He launched the squad during an operation tour to the eastern zone of the state, which is being terrorised by bandits and other criminals.

In a statement issued by the command spokesman, DSP Sunusi Abubakar on Sunday, Gumel said the CP’s tour was part of the police effort to strengthen the existing security strategies.

“The objective of the tour is to review the existing strategies and reinforce police deployments at those locations with more operational facilities that can safeguard citizens in the zone.

“The CP was in Sabon Birni, Goronyo, Rabah, and Wurno local governments and equally undertook an on-the-spot assessment in some localities, being among the notorious points for bandit ambush and attacks in recent times,” he said.

Abubakar also reported the Police Commissioner as urging personnel and relevant actors of security to improve operational activities and work closely to fulfil their mandate of restoring peace and security in the state.

“Gumel also commended all community efforts, sacrifices, and dedication, especially by the traditional institutions and non-state actors to the ongoing operation against banditry and other related crimes.

“He, however, had an interface with critical stakeholders at various communities and assured them of the ongoing efforts by the government and security agencies towards tackling the current insecurity situation bedevilling the state,” Abubakar said.

According to him, the squad is to serve as an additional Anti-Violence Quick Response Striking Force of the Command and to attend to all emergencies and complement the existing tactical units.

“The squad will work with the native and intelligence community to implement a strategy that will rid the state of all forms of criminal activities and keep away criminal elements.”

“It is also saddled with the mandate to checkmate unprofessional attitude, brutality, and other misconduct, among others, in line with the best practice of policing agenda,” Abubakar said.