NSCDC speaks on assault of Joy Owolabi by personnel 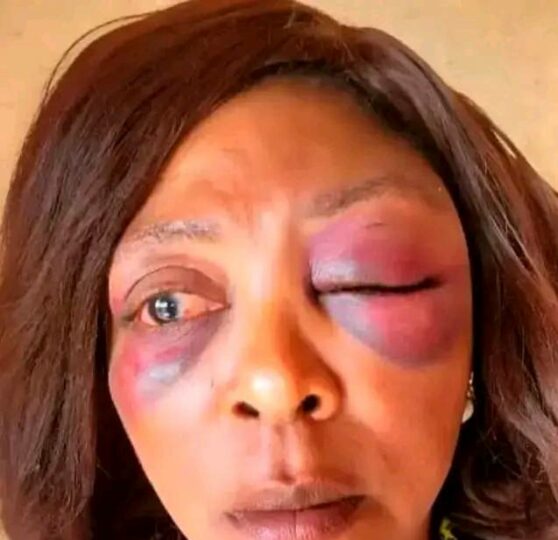 NSCDC speaks on assault of Joy Owolabi by personnel

The Plateau Command of the Nigeria Security and Civil Defence Corps (NSCDC) said it has begun an investigation on the assault of one Mrs. Joy Owolabi by one of its personnel.

DSC Chris Longbit, the Public Relations Officer, said this in a statement on Monday in Jos.

The personnel, whose identity is not known, beat Owolabi to a pulp after an argument ensued between them on Friday.

The incident happened a few meters from the state headquarters of NSCDC at Nanmwa Junction, Abattoir area, Jos South Local Government Area of the state.

Longbit, who described the incident as barbaric and unfortunate, said that the investigation would enable the command to ascertain the identity of the personnel.

”Worried by this unfortunate incident, the Commandant, Alexander Barunde, who described the incident as barbaric, unfortunate, regrettable, and uncivilized has since directed a full investigation into the matter to ascertain the real identity of the suspect.

”The commandant assured the public that he will invoke the internal disciplinary mechanism of the Corps to deal with the officer involved in this barbaric act when found,” he said.

He also said that the commandant condemned the act and wondered why personnel would condescend to the point of inflicting physical harm on a harmless woman.

He added that the commandant, who apologized to the victim and her family members, promised a thorough investigation of the matter and to ensure that anyone found guilty is punished.

He said that Barunde warned personnel of the command against misconduct and charged them to be civil and respect the rights of the civil populace in the discharge of their lawful duties.