Who is Liz Truss? 15 Quick facts about her 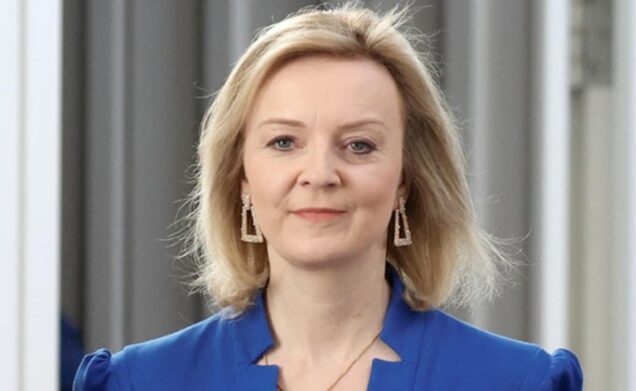 Liz Truss was elected the Conservative Leader on Monday, as she gets set to take over as UK’s Prime Minister from Boris Johnson on Tuesday.

Many people are not familiar with Truss and who she really is. Here are some quick facts about her.

1. Truss was born on 26 July 1975 in Oxford, England, to John Kenneth and Priscilla Mary Truss.

2. She is currently serving as the Secretary of State for Foreign, Commonwealth and Development Affairs since 2021 and Minister for Women and Equalities since 2019.

4. In 1996, she both graduated and joined the Conservative Party.

5. Truss had worked at Shell and Cable & Wireless, and was deputy director of the think tank Reform.

6. Truss was elected for South West Norfolk at the 2010 general election.

7. She founded the Free Enterprise Group of Conservative MPs and wrote or co-wrote a number of papers and books, including After the Coalition (2011) and Britannia Unchained (2012).

9. Though she was a supporter of the Britain Stronger in Europe campaign for the UK to remain in the European Union in the 2016 referendum, she supported Brexit after the result.

11. Following the 2017 general election, Truss was appointed Chief Secretary to the Treasury.

12. Truss served as the chair of the Lewisham Deptford Conservative Association from 1998 to 2000.

13. She took on the additional role of Minister for Women and Equalities in September 2019.

14.  She was appointed the Government’s chief negotiator with the European Union and UK chair of the EU–UK Partnership Council in December 2021.

15. Truss is now the third woman to become UK’s Prime Minister after Margaret Thatcher and Theresa May.