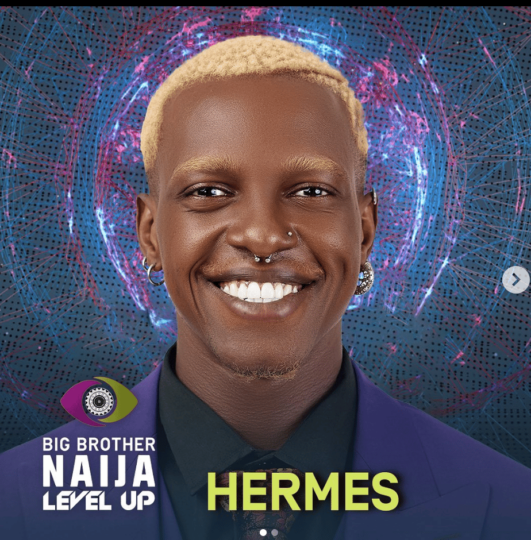 Hermes Chibueze Iyele, one of the Big Brother Naija (BBNaija) contestants has again won the Head of House challenge.

His victory was announced on Monday evening after intense competition for week 7.

Hermes, who was Week 2 HoH, will replace last week’s Head of House, Dotun, and will enjoy immunity from this week’s eviction.

He will also enjoy the privilege of living in the Head of House lounge for one week. When asked to pick a roommate, he chose Allysyn, his love interest.

All housemates, except former HOH Dotun and Tail of the House, Sheggz, participated in the challenge.

For the first round, housemates were tasked with using magnetic hooks to catch as many fish as possible from an imaginary stream.

Only four of them; Chichi, Chomzy, Eloswag, and Hermes, qualified for the second round of the HoH Challenge.

In the second round, they had to catch a fish that had the letters HoH written on the flip side.

Hermes sealed his win by catching the fish with the inscription.

So far, Chomzy has been the only female housemate to enjoy the position.