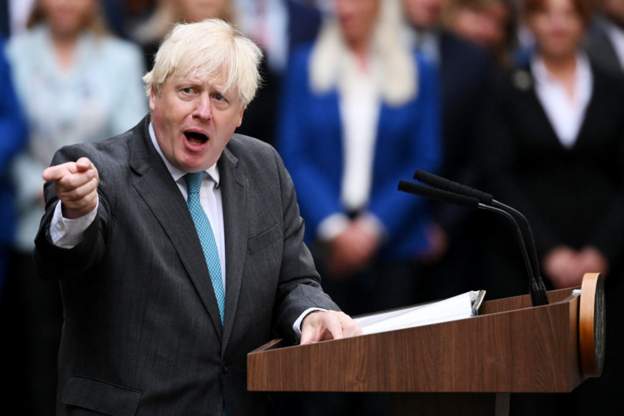 UK’s Prime Minister, Boris Johnson delivered his last and farewell speech at 10 Downing Street, before he will be replaced by Liz Truss Tuesday.

Johnson said he was departing after an “unexpected relay race”, claiming that his premiership was cut short after rules were “changed half way through”.

He rattled through some of the issues he believes have defined his time in No 10, including “getting Brexit done”, rolling out the Covid-19 vaccine programme and resisting Vladimir Putin’s war in Ukraine.

Johnson also hailed his government’s record on the economy, claiming that the number of people out of work now lower than any time since he was “about 10 years old and bouncing around on a space hopper”.

According to the BBC, the outgoing PM expressed confidence in his “compassionate” successor Liz Truss, and said her government would get people through the current energy crisis.