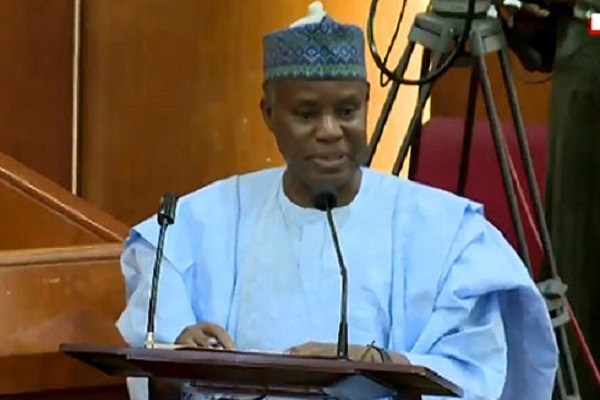 The Minister of Defence, Retired Maj.-Gen. Bashir Magashi has lauded the gallant performance of the military in the onslaught against criminal elements in the country.

This is contained in a statement issued on Tuesday by Mr Mohammad Abdulkadri, Special Assistant to the Minister of Defence on Media and Publicity.

Magashi noted that the troops of Operation Hardin Kai in the North East had gallantly denied ISWAP and the Boko Haram terrorists freedom of coordinated attacks as they continued to suffer huge casualties, depletion and depression.

According to the minister, the criminal elements had been substantially degraded and defeated in the last four weeks.

He said this was in compliance with the directive of the Commander-in-Chief of the Nigerian Armed Forces, President Muhammadu Buhari.

Abdulkadir said that within the period under review, 66 suspected terrorists were neutralised, along with the ISWAP commander, Madu Chaka, and 20 others.

He added that 55 others were arrested, while 52 civilians regained their freedom from captivity.

Magashi further said that the troops of Operation Hadarin Daji in Sokoto, Kebbi, Katsina, and Zamfara in the North West zone had also given a good account of themselves by clearing the doubts of the bandits and kidnappers.

He assured Buhari and Nigerians of the total commitment of the military to the defence of the nation’s territorial integrity alongside other security forces.

The minister was quoted as outlining similar operational successes recorded in the North Central, South East, South, and South West.

He thanked the C-in-C for the strong backing that the Armed Forces of Nigeria continued to enjoy even in their current participation in the Peace Support Operation in the Republic of Guinea-Bissau.