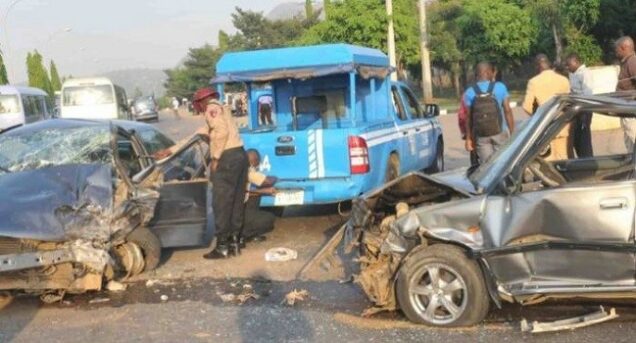 One person was killed while two others sustained injuries in multiple accidents involving seven vehicles at Ologuneru Area of Ibadan on Tuesday.

FRSC Sector Commander in Oyo State, Mr Joshua Adekanye, confirmed the accident to the News Agency of Nigeria (NAN) on Wednesday in Ibadan and said 10 persons were involved.

He said that the vehicles involved were two trucks, two Toyota Camry cars, a KIA car and two motorcycles.

He attributed the cause of the accident to speed violation and loss of control on the part of one of the trucks.

Adekanye said the police took the dead to a mortuary, while the injured were taken to Ibadan Central Hospital by the FRSC.