A fight between Obasanjo and Babangida 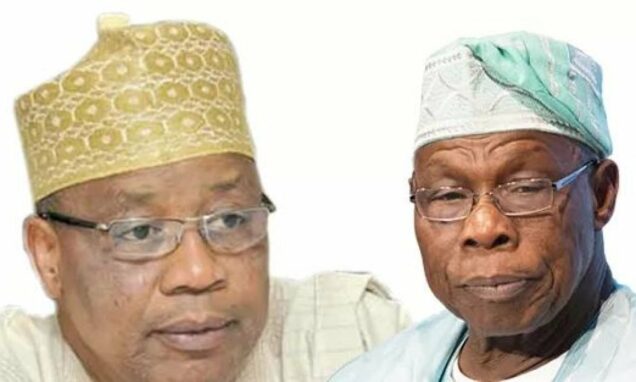 The two generals are seen as the best of friends across the political spectrum of the Nigerian nation.

In many informed circles, General Matthew Okikiola Aremu Olusegun Obasanjo and General Ibrahim Badamasi Babangida are seen as belonging to the rarefied class known as “Owners of Nigeria”.

Only the uninformed does not know that when there was the transition to civil rule back in 1999 it was Babangida who arranged that Obasanjo should be brought out of General Sani Abacha’s prison to be made the president of Nigeria.

This act made Obasanjo create the record of a two-time leader of Nigeria after having been a military Head of State in his first missionary journey.

In this day and age that there is so much talk of having a political structure, let us be reminded that Obasanjo had no structure to crow about back in 1999. He lost the election in his ward, where according to the information supplied by one of my strategic sources, he won only the one vote of his doting wife Stella.

Obasanjo, the inimitable Ebora of Owu, waxed even stronger after the electoral humiliation given the backing of Babangida, the irrepressible Evil Genius.

General Abdulsalami Abubakar did his bit as the then Head of State but it was Babangida who was the grand orchestrator of Obasanjo’s ascension to the Nigerian presidency.

Any between-the-lines reader of this piece would then ask why I am talking of a fight between Obasanjo and Babangida.

You wait, for I have all the facts inside my fat head! A beer for me!

Yes, Obasanjo and Babangida once had an insulting go at one another, and it is incumbent on me to lay it bare here.

It’s not as if the insulting match between Obasanjo and Babangida is anything new in Nigerian politics, for back in the days of yore, eminent Nigerian politicians such as Dr Nnamdi Azikiwe, Chief Obafemi Awolowo, SL Akintola, KO Mbadiwe etc. knew how to adeptly knock out their political opponents with astutely delivered insults.

For instance, in the Second Republic, Awo said that he could only hold a debate on the issue of education with Zik but not with Shehu Shagari because the man from Sokoto knew next to nothing on the subject!

Of course, the world knows that Awo was a master of education, but he knew nothing of the Twelve-Two-Third mathematical abracadabra Shagari used to win the 1979 election over him.

I can see that everybody out there is anxious that I return to the subject of the fight between Obasanjo and Babangida.

Meantime, I am still investigating the matter that in bringing Obasanjo back to power, from khaki to agbada, was only plotting to succeed the Otta man, a move that was thwarted by the wily Obasanjo.

It suffices to recall that in Obasanjo’s alleged Third-Term plot, Maradona led the fight against the Ebora.    To waste no further time on my promised remembrance of the fight between the two dogged Nigerian generals, it so happened that at the celebration of the 70th birthday of Babangida he said that he managed to achieve success with little funds while a certain regime achieved failure with so much petro-dollars.

Obasanjo was in no mood to dodge the bullet which he felt was directed at point-blank range at him. He took the bullet straight in the chest, and promptly mouthed his reply thusly: “A fool at seventy can only go into his grave with his foolishness.”

It is not in my interest to regurgitate the incestuous charges Babangida deployed in his reply to Obasanjo, as he latched on to the deposition of Obasanjo’s son who had claimed that his father wangled his wife back in time.

The Evil Genius thus made bold to stress that the feat of the Ebora of Owu being the greatest fool of the century. Finally, Babangida tagged Obasanjo as a “witless comedian” which happens to be a “Maradonic” way of calling the old man a clown!

In the end, the acclaimed Maradona of power gave voice from the 50 rooms of his 50-room hilltop mansion that he had been misquoted by the press!