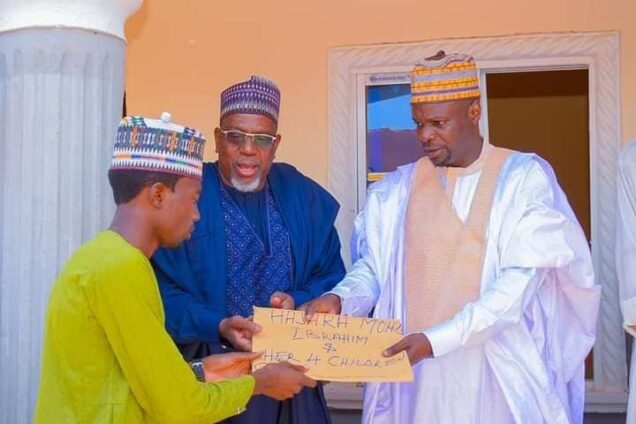 Presenting the houses’ documents to the Emir of Bade in Gashua, Alhaji Abubakar Umar Suleiman, Gov. Buni said the donation was in fulfillment of his promise to support Goni’s family.

Represented by Ustaz Babagana Kyari, Special Adviser to the Governor on Religious Affairs, Buni said the widows were houses of their own to look after their children.

Responding, Suleiman thanked the governor for the love and support of the family of the renowned cleric.

Buni had earlier offered automatic employment to two children of the deceased.

Aisami, a native of Gashua, was allegedly shot dead on Aug. 19 by two soldiers in Jaji-Maji, Karasuwa Local Government Area of the state.

On Aug. 27, Lance Cpl John Gabriel and Lance Cpl Adamu Gideon were dismissed by the Nigerian Army and handed over to Police Command in the state for prosecution.