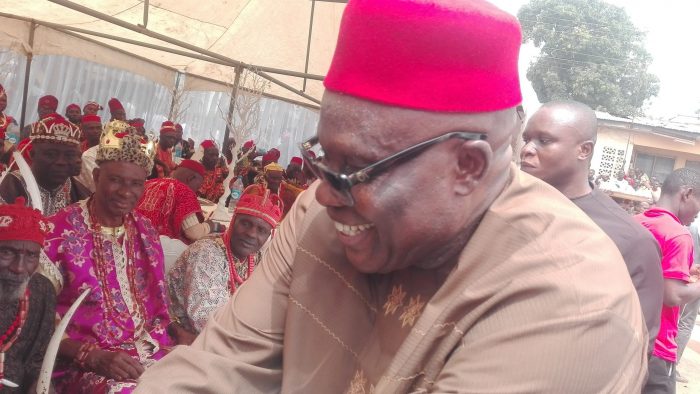 Adolphus Wabara, a former president of the Nigerian senate has been appointed the new chairman of the Board of Trustees, BoT of the Peoples Democratic Party, PDP.

Wabara was named the acting Chairman of PDP BoT following the resignation of Walid Jibrin.

He was Secretary of the PDP BoT before his new appointment

Wabara has also bee reportedly appointed Political Adviser of the National Chairman of the PDP, Dr. Iyorchia Ayu and would be made a member of the presidential campaign council of the PDP.
.
The resignation of Jibrin’s and Wabara’s appointment were announced on Thursday at the BoT and National Executive Committee meeting of PDP which are still ongoing in Abuja.